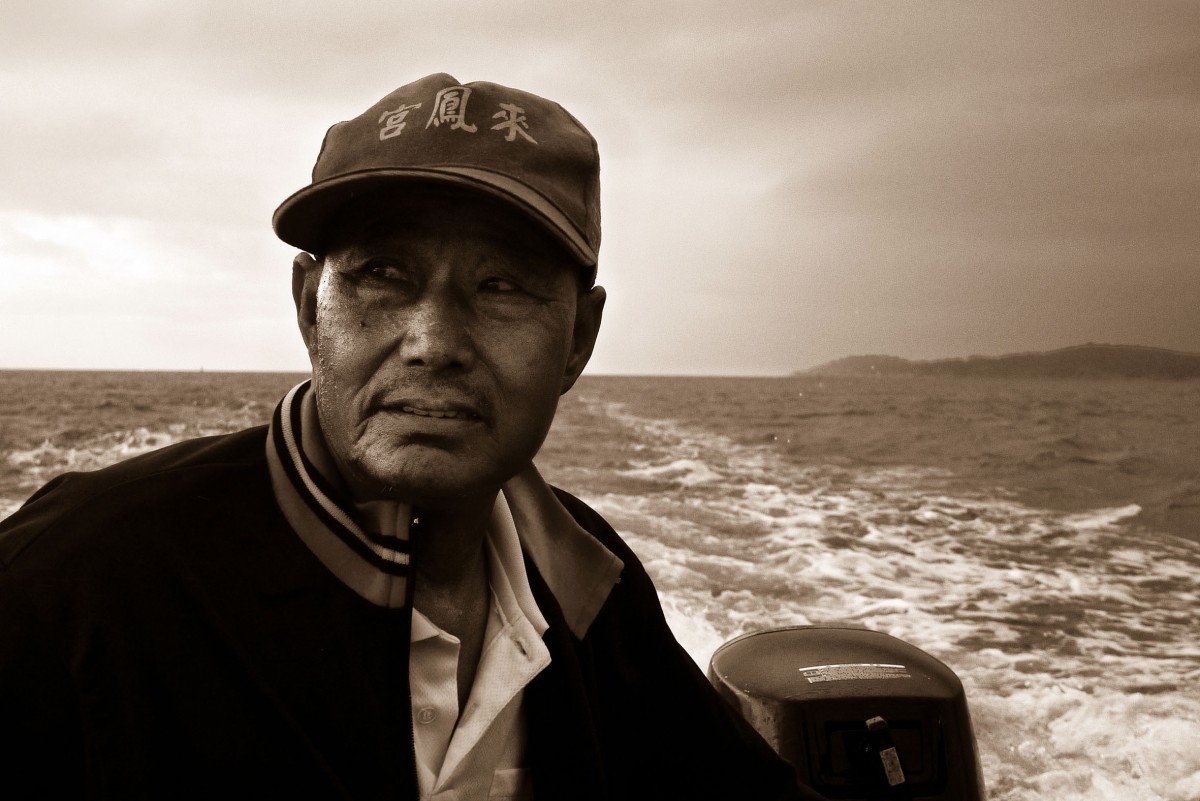 The horseshoe crab, a marine species that has lived on earth for more than 200 million years , made its first documented appearance in Chinese literature in The Classic of Mountains and Seas (山海經), a compilation of Chinese mythology and largely fanciful geographical and cultural accounts of ancient China that dates back to 400 BC.

However, few people know that these living fossils once thrived on the outlying island of Kinmen — a fact that Hung Chun-hsiu (洪淳修) seeks to change with his award-winning documentary The Lost Sea (刪海經). Intelligently crafted and emotionally engaging, the documentary is commendable in its ability to go beyond environmental and conservation issues, employing the dramatic life-and-death struggle of the ancient creature as a potent symbol of the island’s turbulent past and present. 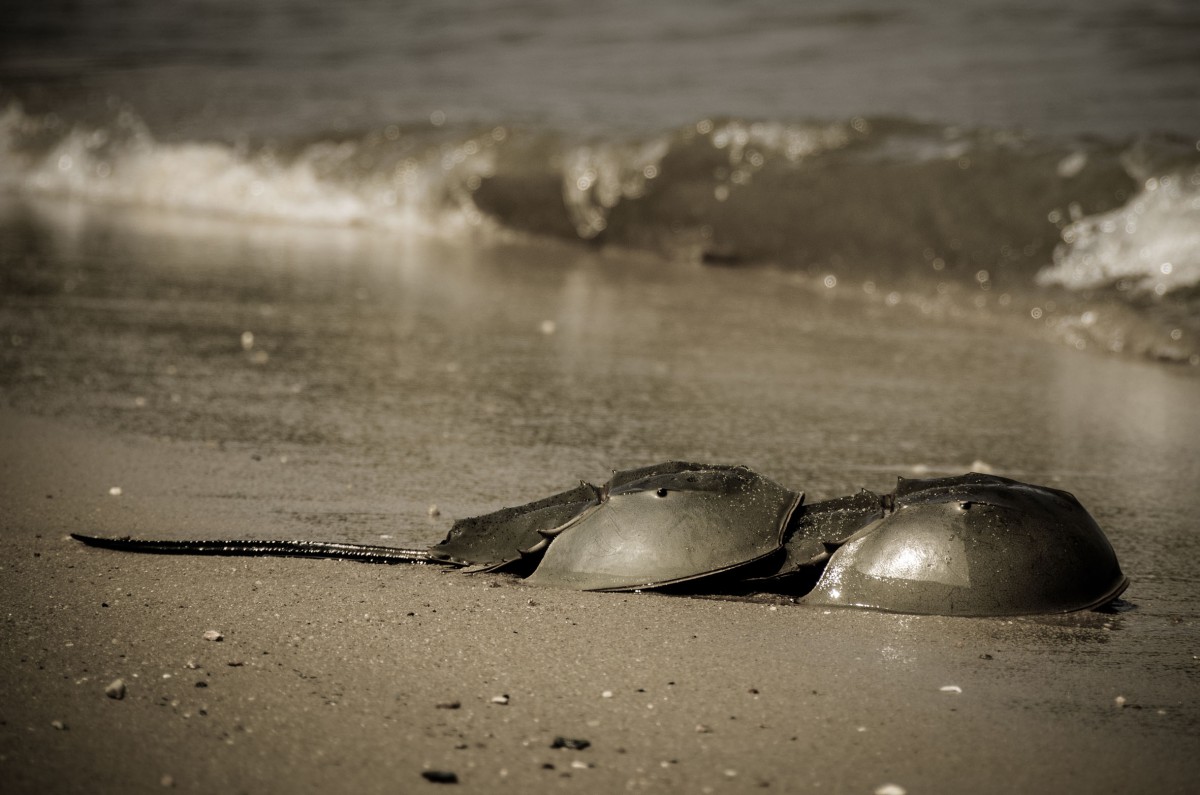 The story begins in Kinmen’s Houfeng Harbor (後豐港), where residents have relied on the sea for their livelihood since it was first settled in the Ming Dynasty.

During the Marital Law era, Kinmen was brought under tight military control. Beaches were lined with mines and punctuated with razor wire to protect it from being stormed by the People’s Liberation Army. The beachhead had the unintended consequence of keeping the area deserted, thus enabling the horseshoe crab to thrive.

Decades later, a thaw in tensions between Taiwan and China brings with it the promise of tourist dollars. In 1996, the Kinmen government launched construction of the Shuitou Commercial Port ( 水頭商港) in Houfeng in the hope of wooing Taiwan’s former enemies. Fast forward 10 years and the project, as well as the money it is meant to bring into the local economy, has yet to materialize. Meanwhile, the construction of the port has destroyed fishing grounds and devastated the ecosystem. The horseshoe crab population has disappeared along with the traditional way of life for the island’s fishermen.

Adopting a first-person narration, the documentary has a sense of immediacy that inspires empathy. Invited by Hong Teh-sun (洪德舜), a Houfeng native and self-taught marine ecologist, to make a documentary about the disappearing horseshoe crabs, Hung has evidently established friendships with the residents during the several years it took to film the documentary. He also paints an idyllic picture of a small fishing village through the stories of elderly fishermen such as Hong Mu-chu (洪木櫸) and Hong Kuang-chao (洪光照).

Through their daily routines, we learn about their sustainable fishing methods. The Hongs inform us that the horseshoe crab is an integral part of their daily life. The flesh of some are eaten, while the hard shells of others are used to make organic compost or fashioned into decorative amulets that are hung over doors to ward off evil spirits. 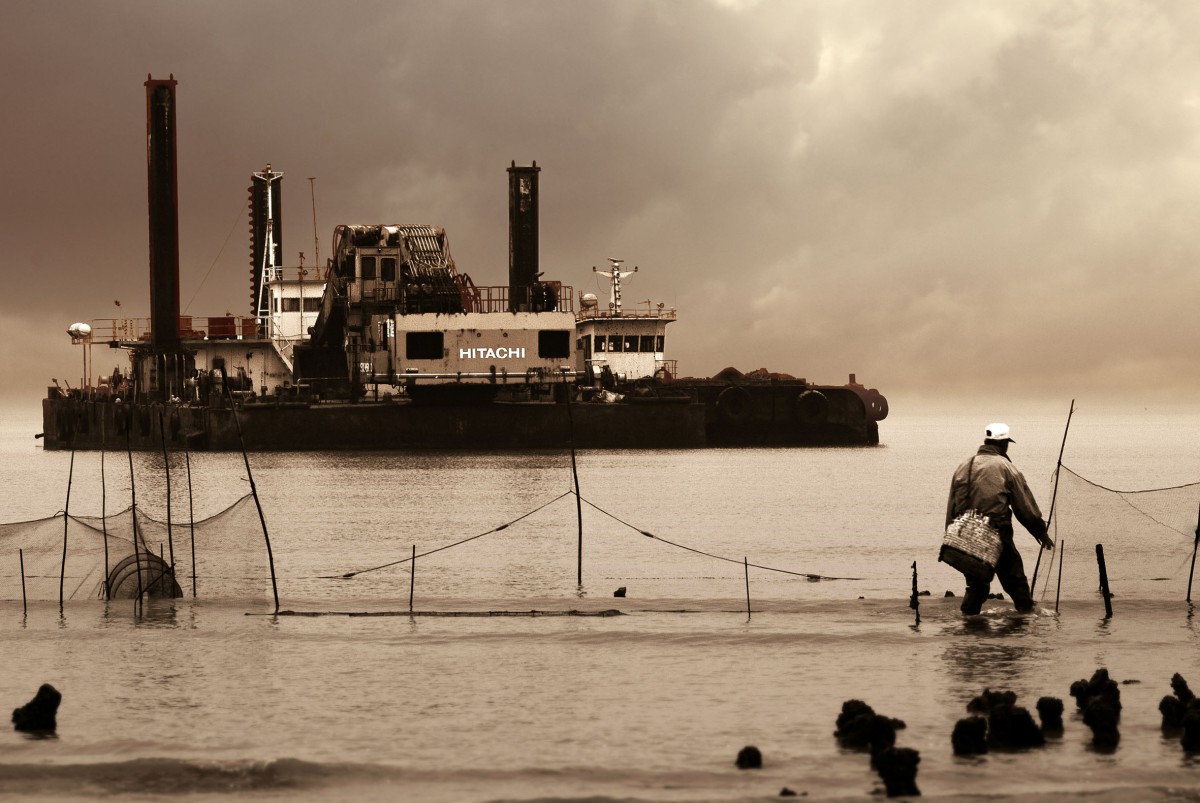 Government officials are interviewed and conservation plans for horseshoe crabs are revealed. The latter involves transporting them in buckets to a newly designated habitat which, according to Hong Teh-sun’s study, is too hostile for hatchlings to survive.

The bureaucratic absurdity reaches its zenith when the Kinmen government fills in the shallow bay and leases the reclaimed land to developers, after it learns that the project proves technically unfeasible.

The most poignant commentary in the documentary comes from the horseshoe crabs themselves. In a recurring sequence, a pair of the ancient creatures are seen crawling on the seashore toward a television set playing edited newsreel footage juxtaposing images of Chiang Kai-shek (蔣介石) making calls for citizens to recover China with that of Ma Ying-jeou (馬英九) happily celebrating the opening of the “three links” — direct transportation, communications and trade links between Taiwan and China. They bear witness to the country’s history and now face demise as a new chapter begins. 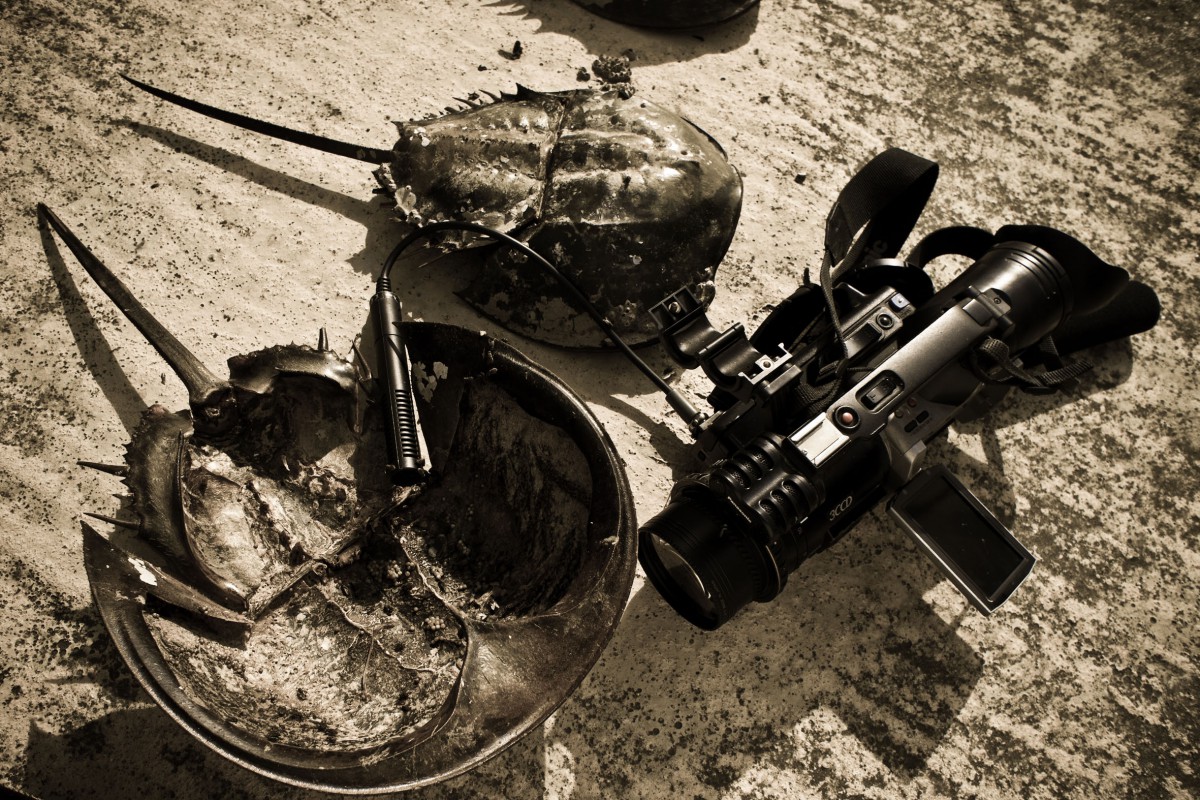 The story ends in 2012. Now covered in mud, the village’s once rich seashore is unable to sustain life. Even many fishermen have left some; those who remain, like Hong Mu-chu, have found a job at a construction site. As the director comments toward the end of the film, life without the sea has only just begun.