Print preview this scheduleSwitch to Timeline ViewSwitch to List View 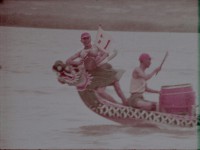 The riverbanks are dotted with food stalls and buzzing with the parasol-holding crowd. Everyone is here to watch the exciting dragon boat race. Voice-over narration in melodic Taiwanese describes pre-festival preparation, and the celebrations and rituals in various parts of Taiwan. Through carefully-crafted script and well-executed camerawork, this documentary gives a vibrant portrait of ordinary people’s lives in a festive atmosphere. 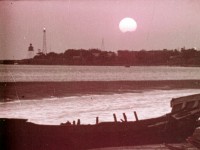 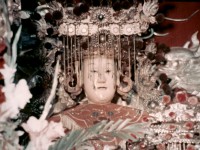 The first episode of Fragrant Formosa, a TV documentary series broadcast in the 1970s, takes viewers through one of the most famous religious events in Taiwan. Believers spend eight days accompanying the sea goddess Mazu from Taichung to Yunlin on foot, before escorting her back to Dajia with colourful rituals and celebrations. In this digitally restored version, the film is reunited with its original language track in Taiwanese, which was banned on release due to the Mandarin policy.