In 1998, at the age of 37, you took part in the Full Shot Foundation’s “Local Documentary Filmmakers Training Scheme”. Besides learning how to shoot documentaries, what kind of inspirations did you get from the program?

Ever since I was a child, I’ve loved drawing and painting, and I've always been doing a related line of work. I also loved film. Back then, there weren’t many opportunities to learn about documentaries in Taiwan; it was basically just Full Shot. I remember there were hundreds of people there for the interviews. That was the first time I felt so nervous it gave me a stomach ache. I didn’t even know what a documentary was; I just knew I liked images but didn’t know how to get started. I think of documentaries as a way to quickly get an understanding of our world. To me, they have opened up a window and exposed me to new perspectives.
After the training programme finished, I went back to shoot 'Kiloma’an' (a harvest festival in Pangcah community). I’d never taken part in it before, and then next thing I knew, it was already ten years, and I’d been doing it all for free. I don’t think anyone had actually gone into the festival before, though; most of them shot from outside. After I started filming, I also began watching more documentaries and slowly started to connect with the people in my community. I still want to keep the connection with them, to feel my own existence as someone of indigenous origin as it is easy for us to feel alienated in the big city.

Why the title New Paradise (1998)? Is there some connection with the Pangcah talo’an?

'Talo’an' can be translated as ‘a hut for workers’, but the translation has a passive feeling, like a place where you take rest only when you’re at work. My parents have a talo’an in Longtan District too; our family get together for special events or birthdays there. I don’t like calling it ‘a hut for workers’; I prefer to say it’s a place where we work and relax.
Indigenous peoples tend to feel more inferior to others and are economically disadvantaged. In the city, they’d usually find an open space that looks like no one is using and no one cares , and build their talo’an and hope they won’t get chased away. The construction of a talo’an is very rudimentary, using discarded timber and formwork. No one would give a second look at it, but at least it’s a place to find some comfort in the city. Also, ‘new paradise’ gives an ironic feeling since a lot of people moved there because they couldn’t afford the rent and had to come to talo’an. So whether it’s a paradise or simply a last resort is down to the audience to decide.

The people in the film face all kinds of oppression, exploitation, and exclusion in urban life. You’ve worked on formwork before, how did that experience change you?

I’ve done all kinds of work. I started taking part-time jobs since I was a junior high school student, working all over Taitung—in sugar factories, pineapple factories, orange factories. I even worked with gabion walls—and so I wanted to leave and try something new. During the summer of my 10th grade,I went to Taipei with some classmates, and eventually, I was suckered by an agency into working for an ironworks where they took half of my pay and the working conditions were terrible, even wearing two pairs of gloves wasn’t enough protection. Despite that, every year, I would still go to Taipei during summer and winter vacations to work, and so I got less afraid of the city and less dependent on my community.
After graduating from senior high school, I moved to Taipei to look for work in an art-related field, but I didn’t have the background or skills. So I ended up working at a printing house. Later I got into a design company, starting with designing simple septic tanks. And at the same time work as a guitarist, going around banquets to provide accompaniment. I even opened a studio to teach music. Then I became a folk singer. It paid well but then I was called up for my military service and by the time I got discharged, folk songs had fallen out of favour and there were way fewer restaurants where I could sing. Someone recommended me to an underground bar in Kaohsiung where I could do nakashi music. While the pay was good, it was an environment with people from mixed backgrounds. Plus, deep down, I still wanted to find art-related jobs. So I headed back to Taipei and introduced myself to an interior design company, where I started as an intern. Eventually started my own studio when I was 26. And at 29, with the help of a generous friend, I opened a folk music restaurant. The business went well there, so I soon opened the second and the third branches with some friends. The business took a turn when I was 31 and the whole operation fell apart. With the encouragement of my family, I went back onto the scaffolds with my tool bag, starting afresh with formwork.

Traditionally, Pangcah women are responsible for taking care of the home and children, but the women at the ‘talo’an’ in your film all worked with their husbands doing formwork. What was the reason for this change of roles?

We called them the ‘la-ding princesses.’ [1]  Actually, Pangcah community is matriarchal, in my grandparents’ day, the women didn’t just prepare meals, they also worked in the fields. Family property was inherited by heiress. We don’t have the term “matrilocality”, but more like a practice of gender equality. And it’s true that the women are more willing to take on responsibilities. It’s only natural that the women are more dominant and outspoken. They’re also more proactive in making money as compared to the men. It is also our mothers that we miss the most when we face difficulties in the city.

What happened to the dozen or so households in New Paradise? Did they end up facing land issues or relocation?

Back then, I just started the restaurant, and had invited them over for dinner, but within only a year I had lost contact with them. I went back behind Yuan Ze University and found the whole place had been fenced off for a sewer reconstruction project. They’d been chased out of the place and I think the authority also took the opportunity to prevent further expansion of the talo’an. Honestly, they all knew that was going to happen. They didn’t even know who the landlord was, and they knew one day they’d have to move. In essence, the Indigenous people tend to tell good news over bad news. So if I said I want to film them now, they’d only tell me the positive side and only touch lightly on their difficulties.

How do you define a documentary film that represents the Indigenous peoples or their perspectives?

I don’t think Indigenious people could dig deep. I was filming people from my own community. I know them, understand them. So I wouldn’t force them into anything but just staying by their side, asking questions and letting them speak for themselves. The Vast Deep Blue Ocean (2015) is the story of my family. I did all the narration myself because a lot of elderly people couldn’t really tell it, but that’s just a matter of form.
You don’t necessarily need to be Indigenous to be able to make a film about Indigenous people. For example, YU Kan-ping spent three, four decades filming 'Kiloma’an' (a harvest festival in the Pangcah community) in the village of Kiwit. Of course, he was able to be really insightful. Futuru C.L. TSAI, coming from the Hakka community, was able to enter the Atolan community (of Pangcah) in Taitung early on in his life. He even speaks the language better than I do. It is obvious that a lot will be missing if you are making a film without enough understanding, which has no direct causal relationship with your identity but with the understanding of the cultural background.

At the moment, I’m working on adapting the story of a Pangcah sailor who stayed illegally in Spain and had to wait 38 years before he could finally return to Taiwan. My son is involved with this project too. I’ll keep making documentaries if possible, alternating between them and feature films.

[1] a homophonic pun to ‘Latin’. The literal translation is ‘nail-pulling. A majority of the Pangcah women in the construction industry took jobs, such as removing nails from wood and preparations for a wooden framework. 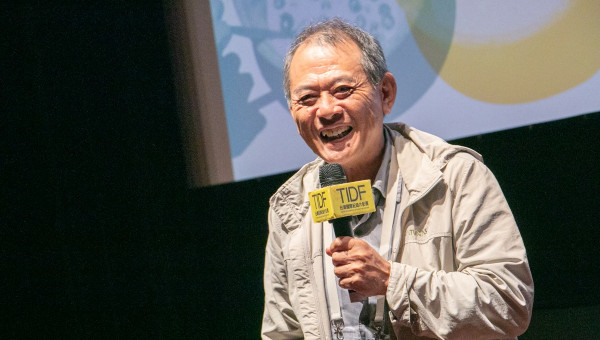 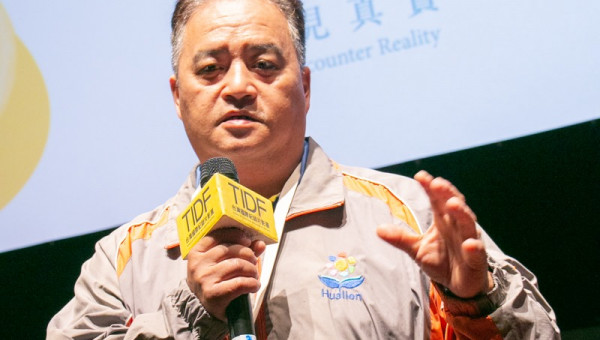 Please briefly talk about your experience growing up and when you started to become concerned with tribal affairs.