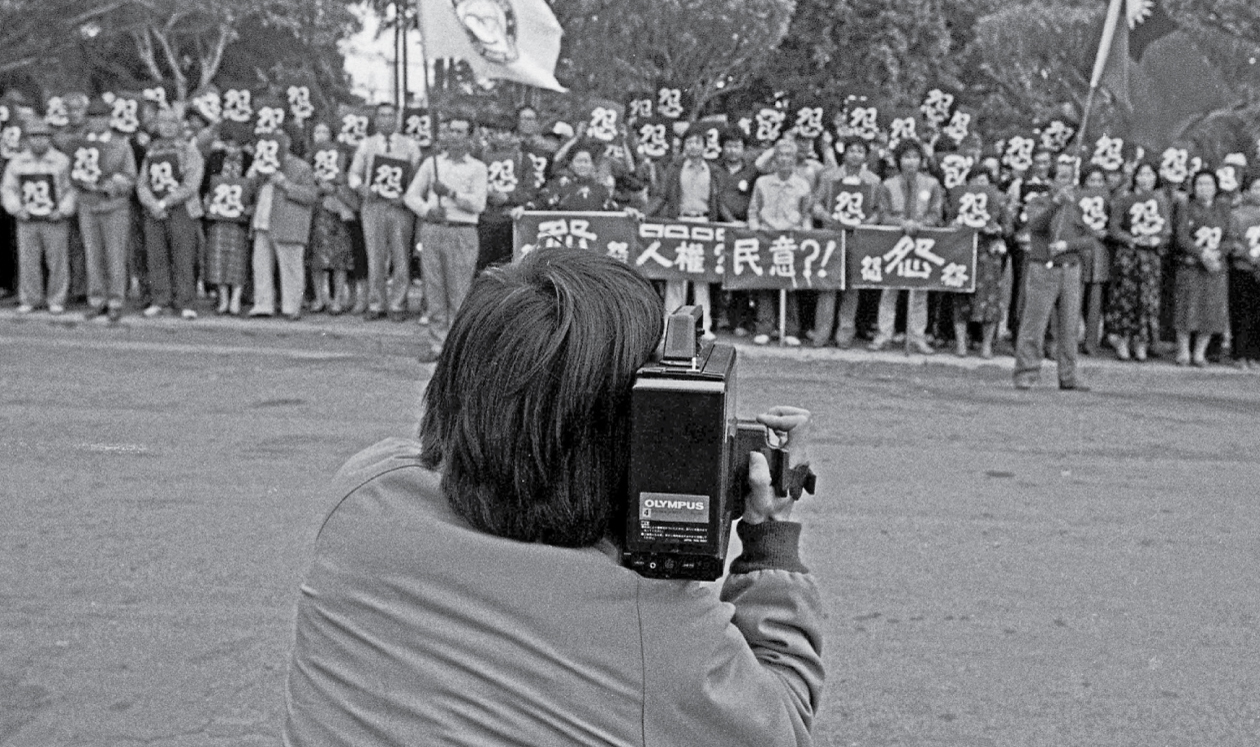 For a long time the KMT government has held a monopoly over Taiwan’s TV channels, using the lack of channel bandwidth as an excuse for its stranglehold. During the build-up to the elections at the end of 1989, Green Team set up a satellite transmission channel on its own, poking a hole in the KMT’s argument.

After the DPP was officially formed in 1986, the government on the one hand announced its willingness to lift martial law and the ban on political parties, yet on the other hand wished to supplant these restrictions with a National Security Act. Opposition parties demanded a full return to rule according to the constitution. This film documents their struggle before martial law was lifted.

In the 1980s, the KMT regime had relocated to Taiwan for over thirty years. The mainland Chinese soldiers who arrived with its troops never stopped being homesick but were deprived of the rights to even write a letter home. A group of veterans founded the Association for Mainlanders’ Homecoming, demanding their basic human rights to return home and visit their family.

In 1985, US company DuPont received permission from the Ministry of Economic Affairs to set up a titanium dioxide plant near Lukang, Changhua County. The local residents held a series of protests against the plan, even one in front of the presidential office. This rising community consciousness, combined with a growing environmental awareness, ultimately drove DuPont out of the region.

On 3 September 1986, the Taipei District Court disregarded LIN Cheng-chieh’s legislative immunity and sentenced him to eighteen months in prison on charges of defamation. LIN decided not to challenge the ruling; he broke through police barricades and angrily threw a bell towards the presidential office, signifying the death knell of justice. He then began a 12-day protest on the streets.

On 27 February 1987, residents of Shui Yuan Village barricaded the front gate of LCY Chemical Corp factory, who was polluting the groundwater. On the 100th day of their protest, Hsinchu Mayor promised to have police stationed there. But the factory tried to secretly ship out their product. Pushed to the limit, the villagers built a wall with concrete and vowed never to be fooled again.

protest against the government’s indifference to farmers’ rights. Some farmers clashed with the police when trying to enter for restroom. Several were arrested, leading to fiercer clashes. Protesters demanding the release of the arrested were dispersed with baton and water cannon.

This film was produced for a briefing to the Ministry of Economic Affairs by the people of Houjin opposing China Petroleum Company’s fifth naphtha cracker plant. It brings together scenes of pollutions caused by the CPC over the previous year, interviews of the people affected, and footage of a series of protests, including that of the residents carrying coffins to the CPC facilities.

On 1 July 1988, the government announced a nationwide increase for intercity bus fares to fully implement the Labour Standards Act. In protest of their employer, who tried to pocket the extra profit, members of the Miaoli Transportation Union began a 23-day drivers’ strike in August. The Union’s demands were eventually accepted. It was the first legal strike in Taiwanese labour history.

Since the relocation of the KMT regime to Taiwan in 1949, the existing 1,300 KMT officials who fled China continued to hold office in Taiwan. Only 180 new seats were created. Taiwan’s ‘Non Re-elected Congress’ was an international political anomaly. The will of the people converged into a powerful force that began rapidly driving the country towards total congressional re-election.

What's the Colour for Documentary? The 30th Anniversary of Green Team

Winner of the first TIDF Outstanding Contribution Award, Green Team (1986-1990) is regarded the most important non-mainstream media in the period prior to and after the lifting of martial law in Taiwan. With early electronic video camera, its members documented the waves of social movements, including political, environmental, farmer, labour, indigenous and Chinese mainlander veteran movements during the period. Through their lens and physical involvements, they captured the truth of these events, broke through the news blackout by mainstream media, and inspired younger generations with their legacy of three thousand hours of rare historical footage.

Simultaneously facing political interference and repression, Green Team made documentary films in the easiest and quickest way and sent out VHS tapes to be screened and sold at venues of social movements or election rallies. They even set up their own TV station in their later years, broadcasting the truth to people blinded by mainstream media. Twenty-one of their films are included in this retrospective, listed in chronological order to present the interrelations among the social movements occurring at the time.

If there is a colour for documentary, can we rediscover the visual language, position, perspective and spirit of Green Team through sorting, arranging, screening and viewing their works almost thirty years later? This retrospective is not only a search for the origin of modern Taiwanese documentary, but also, more importantly, an attempt to understand the past and see the future. 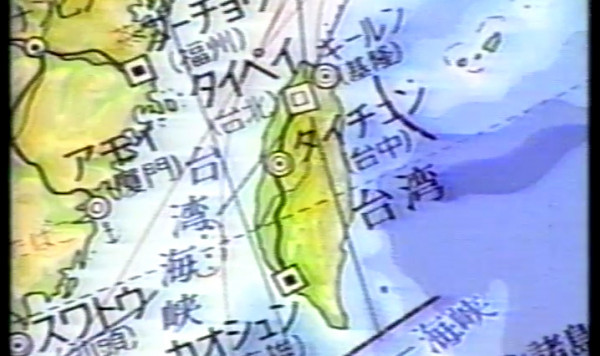 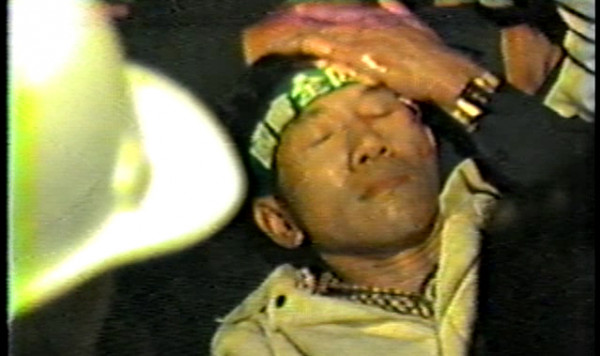 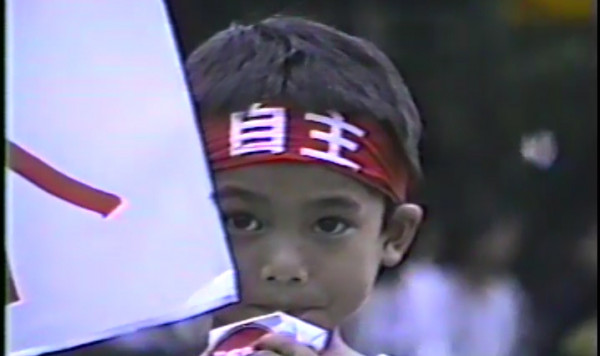 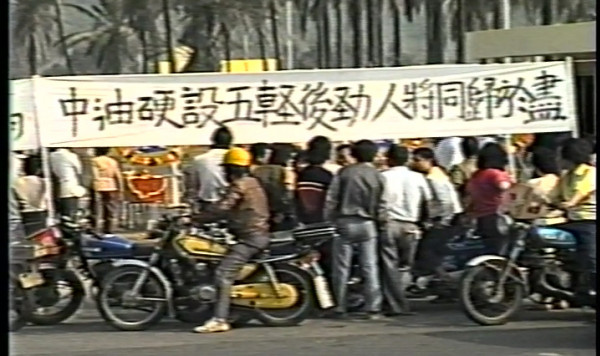 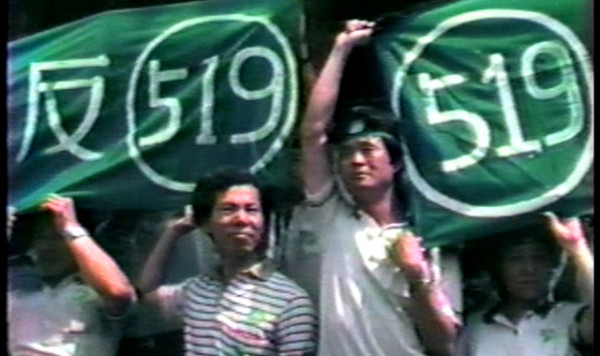 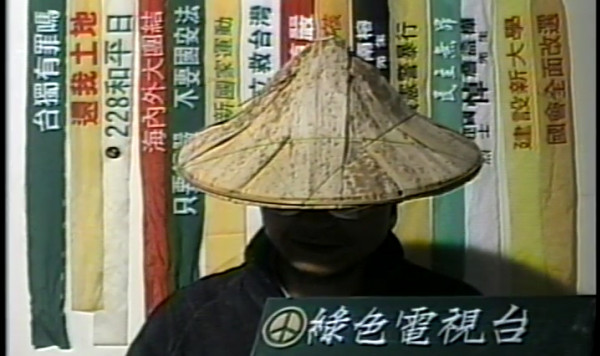 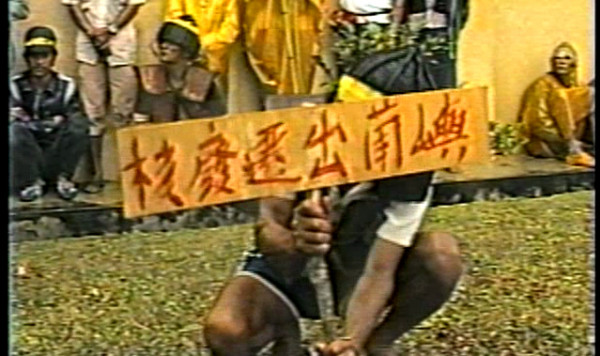 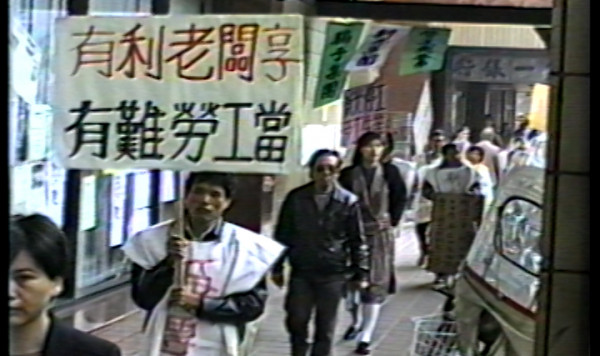 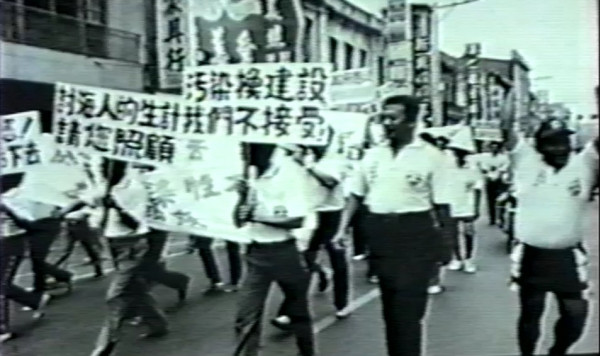 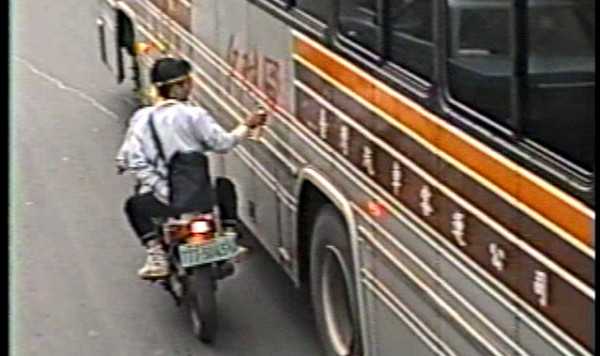 Military in Power, No Hope of Democracy

Military in Power, No Hope of Democracy 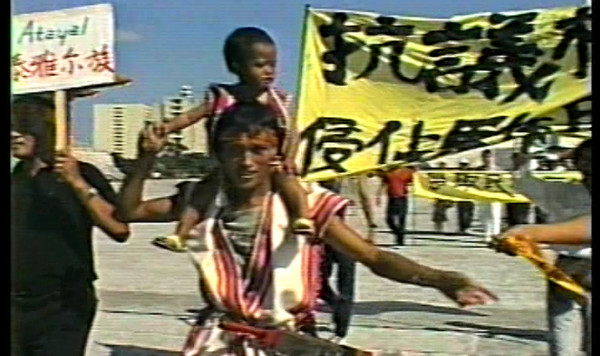 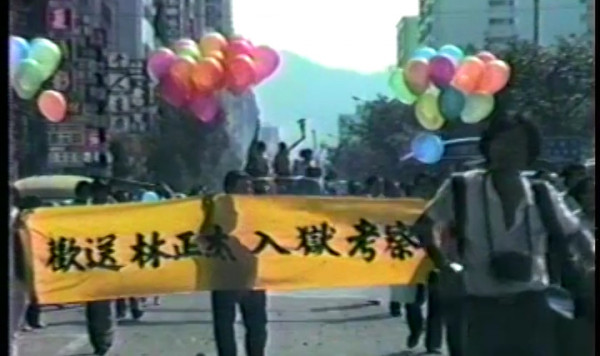 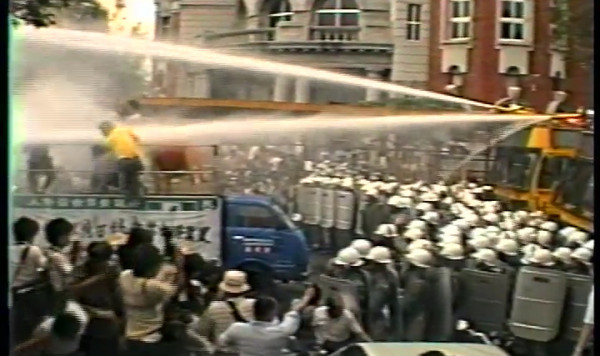 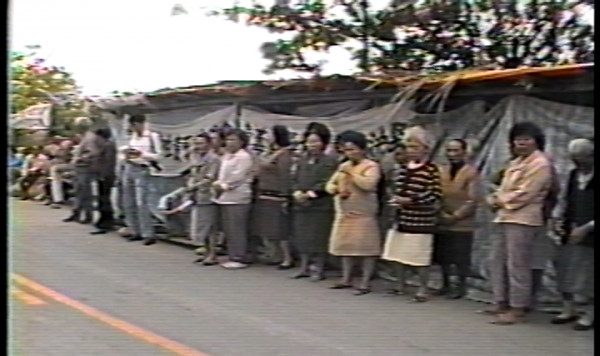 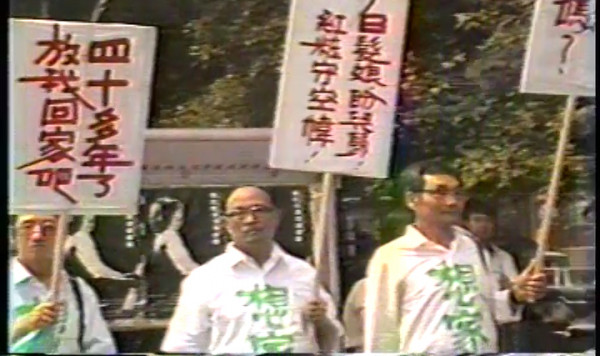 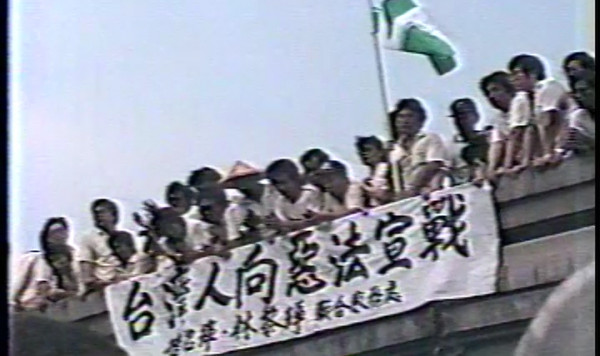 The New Wave of Opposition Movements

The New Wave of Opposition Movements 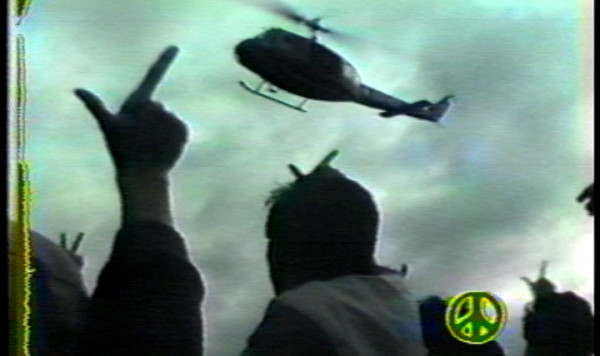 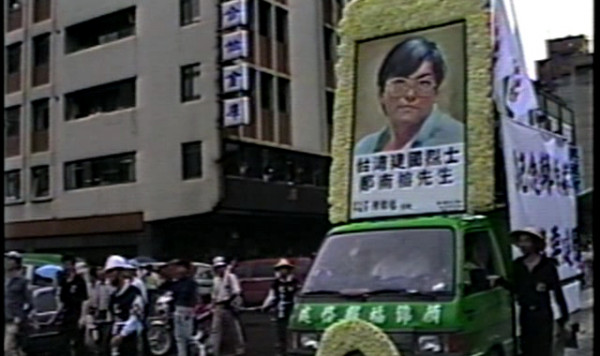 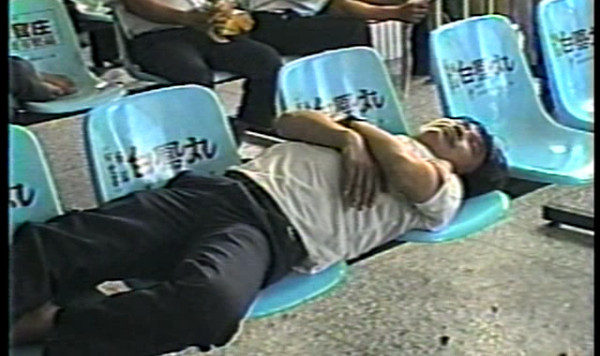 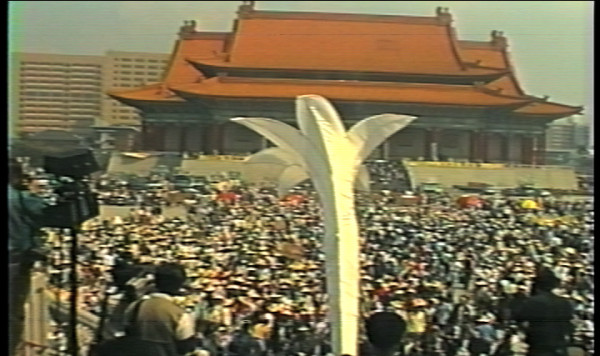