One of the most famous and difficult-to-view bodies of film in the world is the oeuvre of OGAWA Shinsuke (1936-1992). Only one of the works is available on (unsubtitled) video. So when they are shown publicly, one must jump at the precious chance to see them. These opportunities are rare in foreign countries, but not in Japan. Since OGAWA's death in 1992, there have been regular retrospectives and a number of film schools have purchased prints to use in classes. This is hardly surprising because, along with the work of TSUCHIMOTO Noriaki, these films possess a weighty, monumental presence in the Japanese film world.

A retrospective in Taiwan is long overdue, considering the impact he had on filmmakers across the Chinese-language cinemas (indeed, the full translation of OGAWA's writings was published first in Taiwan). Toward the end of his life, OGAWA was turning towards Asia. 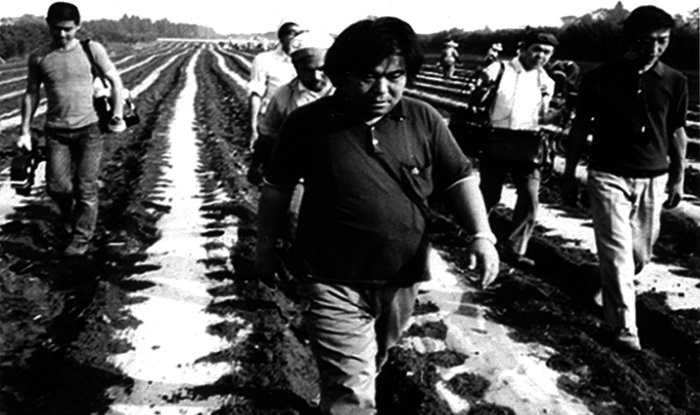 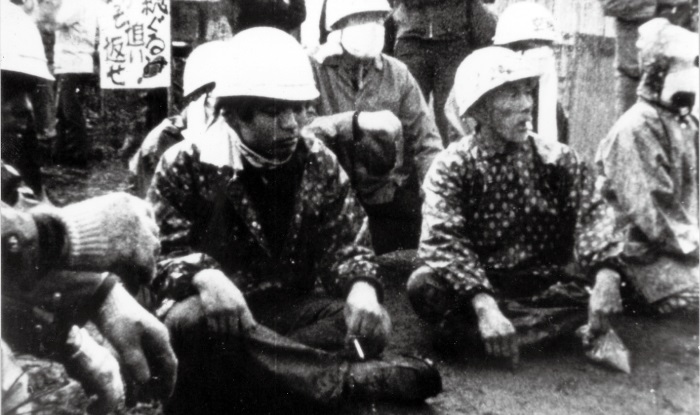 Up to this point, he was mainly concerned with the political issues of his own country. Most of his foreign correspondence was with political filmmakers and festivals in the West. And the only film festivals he had traveled to were Berlin and Hawai'i. However, as he helped plan the first Yamagata International Documentary Film Festival in 1989, OGAWA acquired an intense interest in Asian filmmakers. For this festival, he spearheaded a major symposium on Asian documentary-probably the first gathering of independent filmmakers from the region. OGAWA was moved by their stories, which all involved various political, economic and artistic struggles.

But another thread of conversation featured in that 1989 symposium was the fact that there wasn't a single Asian film in the Yamagata competition. OGAWA appeared to commit himself to nurturing a lively and powerful independent sector in Asian documentary and he immediately started creating relationships with neighboring filmmakers. In fact, one of the closest was Taiwan's Wu Yii-feng. It was only a couple years before Asian films were competing in Yamagata's competition, and only a few years after that they started winning prizes. While challenges certainly remain, Asian documentary has achieved many of the dreams OGAWA had for it. Unfortunately, he died at the young age of 56 in 1992, having made 20 films over 25 years.

This comprehensive retrospective will show 11 of these films, and feature discussions with collaborators and members of the collective. OGAWA's career breaks down into three neat periods—the student movement films (1966-1968), the Sanrizuka Series (1968-1975), and the Magino Village Story (1975-1991)—which structures this retrospective. 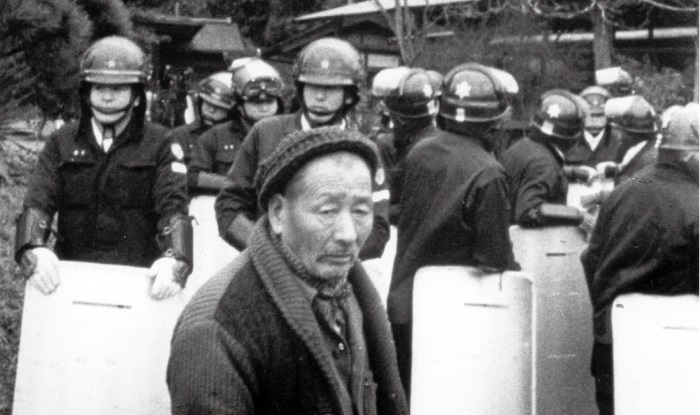 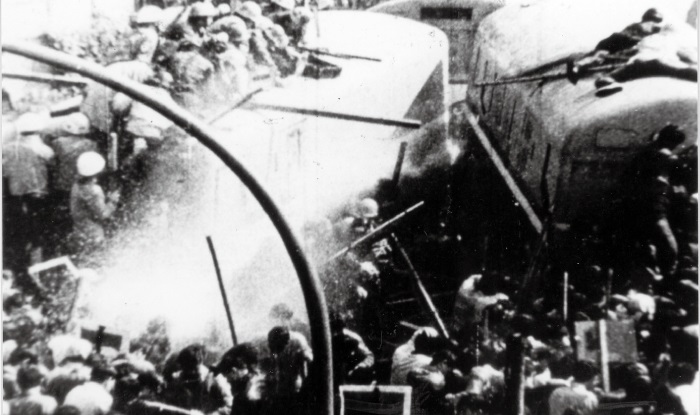 Fearlessly devoted to radical politics and to collective modes of production, OGAWA began his career making films about the student movement. He had been employed in the PR film world until the strictures of working for big business and government grew too tiresome. He and colleagues such as TSUCHIMOTO Noriaki and OTSU Koshiro quit and went independent. OGAWA gathered politicized young people around him and made several films about the intensifying student movement. They also created an important screening network for independent films across Japan. Their success catapulted OGAWA to the forefront of movement politics in Japan.

In 1968, he brought his collective to the fields of Sanrizuka, where farmers were being evicted from their land for the construction of Narita International Airport. Rejecting the notion that a documentary filmmaker must remain a detached observer of the events he or she records, OGAWA and his collective threw themselves into the protracted struggle, producing seven films over the course of almost a decade (including stunning masterpieces such as Peasants of the Second Fortress and Heta Village).

As the protests waned in Sanrizuka, OGAWA relocated his collective to rural Yamagata, living and working with the farmers they filmed. Over the course of the seven films compromising the Magino Village Story, the collective created an astonishing, unique portrait of a culture and a way of life that had never been depicted with such ambition and complexity. 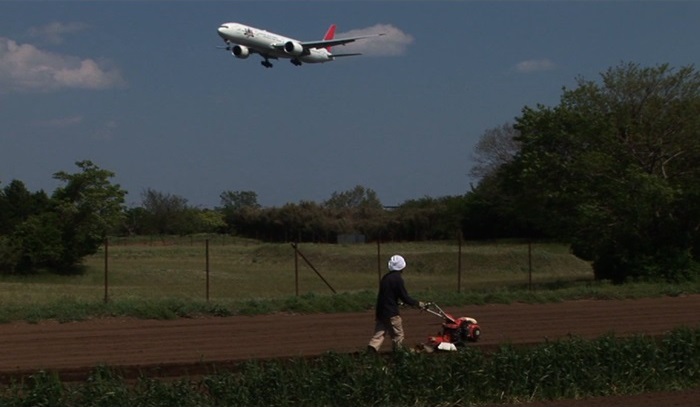 OGAWA turned to the long form, and eventually to a mix of fiction, documentary and experimental film. These are some of the most complex renderings of history accomplished in world cinema.

The only way to truly appreciate these films is to watch them in a retrospective like this one. OGAWA and his collective thought deeply about the relationship of cinema and society. Thus, his approach to documentary gradually transformed with the rapid economic, political and cultural changes Japan underwent throughout this period. OGAWA Productions was like a laboratory for cinematic experiments with political passion. With this series we hope to re-focus attention on his extraordinary, incisive, and deeply committed body of work. And in viewing these images from the past, we shall think about our present and future.

Actually, rather than a laboratory scientist, perhaps we could think of OGAWA as a gardener nurturing beautiful, filmic flowers. The timing for this retrospective is perfect, considering the tumultuous events in Taiwanese politics this past spring. It remains to be seen what kinds of documentaries emerge from this political season; however, OGAWA's films hold both practical and theoretical lessons for anyone thinking seriously about the relationship of politics and documentary. 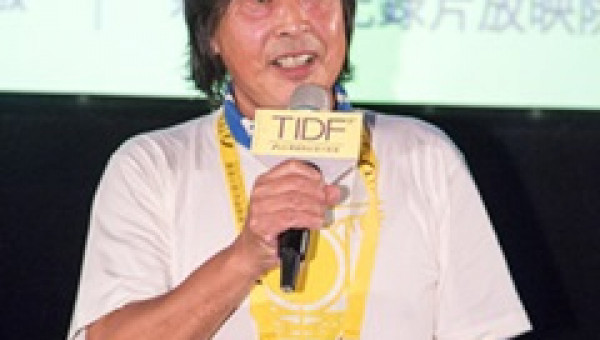 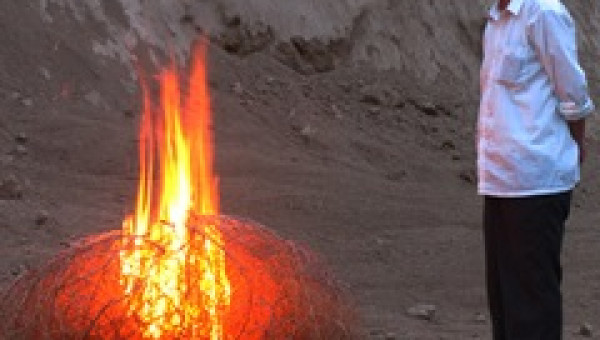 Truth Shall Not be Confined