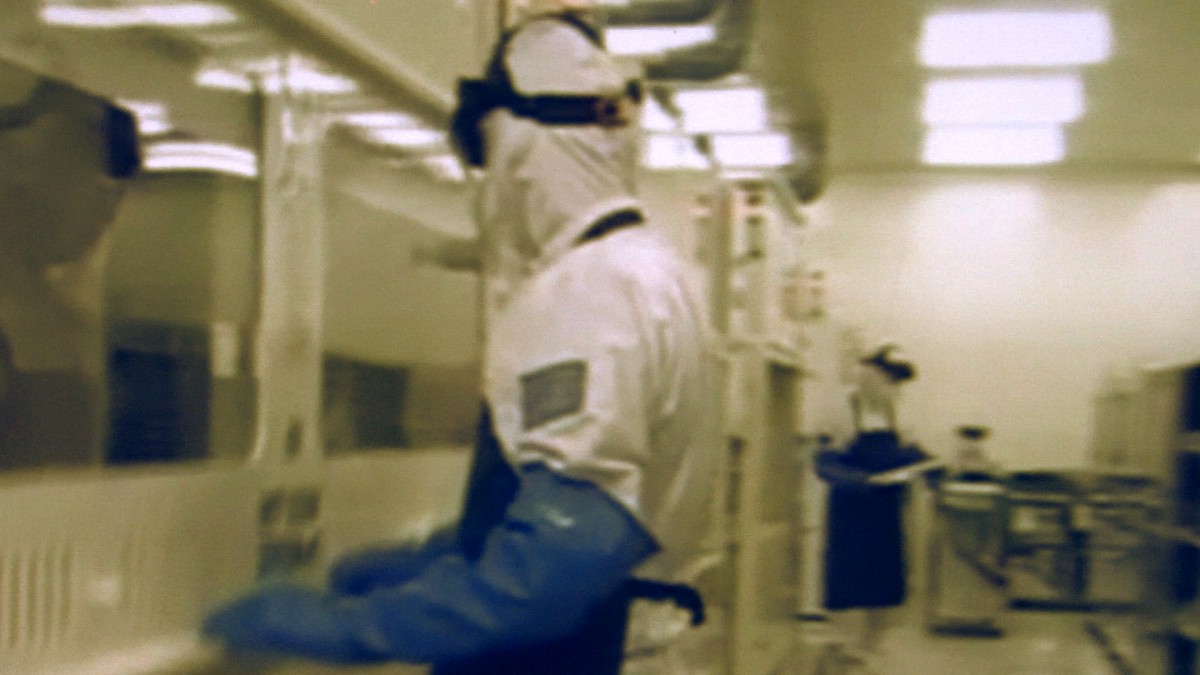 For Park Min-sook, 41, the seven years she spent working at the Samsung Electronics semiconductor plant in Giheung were an exciting time. Park got a job at the factory on Jul. 4, 1991, while she was in her final year of high school.

Park had been a “country girl,” growing up in a poor farming family in Boseong, South Jeolla Province. After she was hired at the factory, she earned money, went ice skating for the first time in her life, and took trips around the country to places like Yeosu, Gyeongju, and Seorak Mountain.

The woman has more than her memories to recall these happy times. She recorded the period in photos using a film camera and a Polaroid camera. When Park met a Hankyoreh reporter at the National Assembly in Seoul on the afternoon of Mar. 4, she brought out the pictures of those days.

“When the movie “Another Family” came out, I sent her a message on Kakao Talk suggesting that we go see it,” Park said, pointing to a woman in one picture. “I got a message back saying that her stomach cancer had spread and she was no longer with us.” She added, pointing to another woman in a picture right next to her, “She used to work right next to me. She was infertile for 10 years before finally getting pregnant.”

Park turned to another photo. “Ah, and this is a photo I took with Lee Suk-young, who died of leukemia. She was a good worker, so I used to give her positive assessments as her team leader. . .

” In the photographs from those exciting times, everyone was smiling brightly. The happiness of Park’s past is only preserved in those photographs. Today, it is not the past, but rather the pain of the present that she broods over. Park is one of the main characters in the documentary “The Empire of Shame,” which premiered on Mar. 6.

“Another Family,” which opened last month, is a movie based on the true story of the family of Hwang Yu-mi, who died of leukemia while working at the Samsung semiconductor plant in Giheung. In contrast, “The Empire of Shame” is a documentary that faithfully depicts the lives of the families of Hwang Yu-mi, Lee Yun-jeong, and Hwang Min-ung, who died of diseases contracted while working at the plant, as well as Han Hye-kyung and Park Min-suk, who are still battling disease.

The true subject of “Another Family” might as well be Park, who worked at the Samsung semiconductor plant for seven years, starting in 1991, and came down with breast cancer after leaving the company. 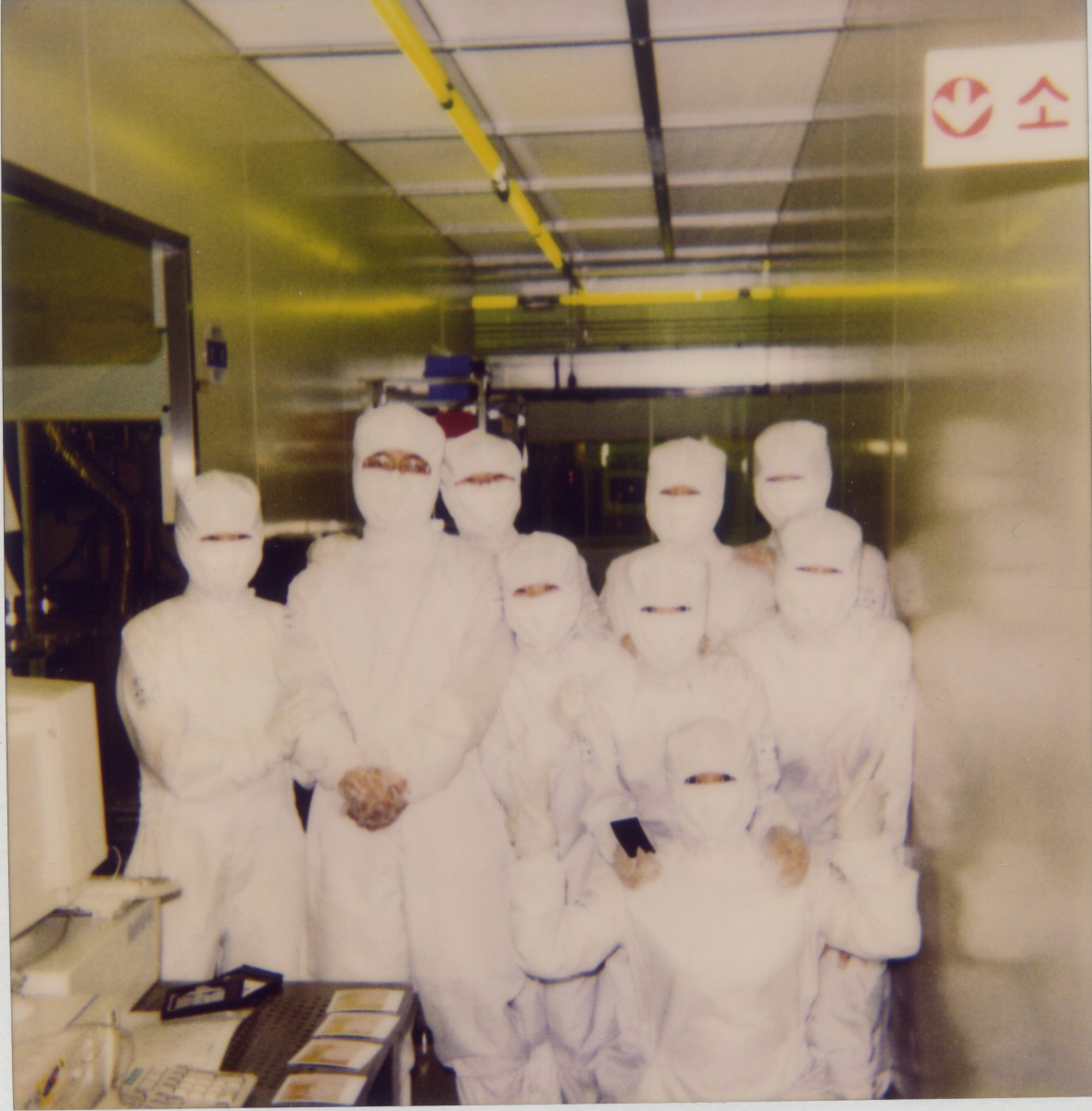 Hani: Tell us about the work that you did at the semiconductor plant in Giheung.

Park: There were three eight-hour shifts: 6 am to 2 pm, 2 pm to 10 pm, and 10 pm to 6 am. The semiconductor factory operated 24 hours a day. For the first three years, I had one day off a month. Work was so difficult that all I did on my day off was sleep. When we were working in the factory, we would put on our dust-proof suits and enter the cleanroom. I worked on line 3, making six-inch wafers. A semiconductor is made by putting circuits on a wafer, and the process of producing these wafers is called FAB, or fabrication.

Line 3 on the second floor, where I worked, was the end-FAB line. On the first floor, the process of making semiconductors was repeated once more informally.

The second floor was divided into bays 1 through 16. I generally worked with etching in bay 4. Etching refers to using gas or a chemical solution to eat away the surface coating on the wafer. We would put the coated wafers in a machine and then take them out after the etching was complete. We did all of this by hand.

Line 3 is also where Hwang Yu-mi and Lee Suk-young, now deceased, were working. In 2011, the Seoul Administrative Court found that they had suffered an industrial accident, a first for workers at the Samsung semiconductor plant.

Line 3, which was built in 1988, is the oldest line at the Giheung plant. Samsung claims that the Korea Occupational Safety and Health Agency (KOSHA) carried out an epidemiological study of line 3 but was unable to find any factors that could have caused leukemia. But the Seoul Administrative Court did not accept the study that Samsung submitted, concluding that incidence of leukemia could have been caused or aggravated by continuous exposure to a variety of harmful chemicals. 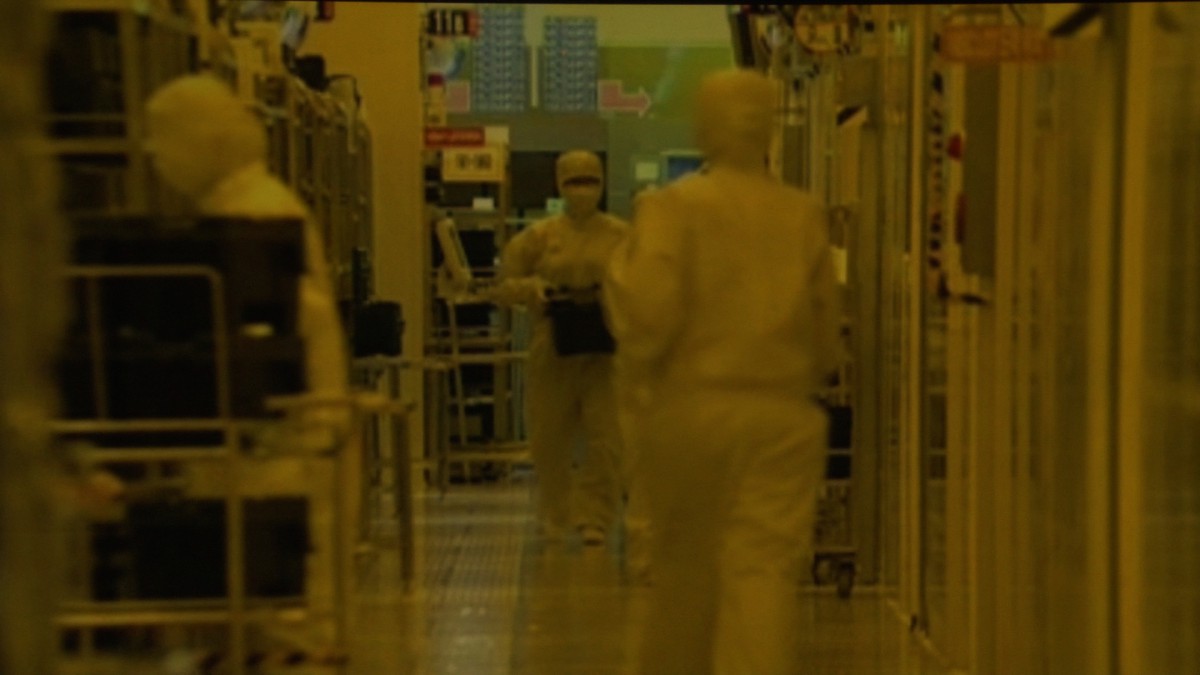 Hani: When did you find out about your breast cancer?

Park: One of my older sisters caught her breast cancer early, while the tumor was less than 1 cm. This shocked me so much that I regularly checked my breasts for lumps. In 2011, I found a lump about the size of a grain of millet. At first, the doctor told me it would be okay. But when I went back to the hospital three months later, the tumor that had been 0.3 cm in size had grown to 1.2 cm, and another had appeared. On Feb. 13, 2012, I was diagnosed with stage 1 cancer, and on the 27th of that month I had my right breast completely removed.

I felt like my life had been turned upside down. I was still in my late thirties, with children in second and fourth grade and a baby that had just turned two, and I just freaked out. Why me, I wondered, why does it have to be me? At the thought that I might pass away and never have another chance to see my husband and children, who were more precious to me than life itself, I could barely stay on my feet. I sobbed and begged God to just let me see my children grow up.

Hani: What made you suspect that there was a connection between your infertility and breast cancer and the years you worked at the semiconductor plant?

Park: When my second child was around two years old, I got a call from one of my old co-workers at the Samsung plant. She told me that Suk-young, another co-worker, had died of leukemia. This was the first time in my life I had seen someone younger than me die, and it was so tragic and terrible to think that she could have left behind a child who was only 100 days old. But then my coworker mentioned hearing that another person who had worked with us had been hospitalized for leukemia. That person was Yumi.

I pretty much forgot about it - the survivors were all surviving. Then, a year before I got sick, I saw Yu-mi and Suk-young on the news production show ‘In-Depth 60 Minutes.’ Watching it, I found out that the department director I had worked with had also apparently died of leukemia. I thought, ‘There’s something strange going on,’ and by asking around, I learned that on the second floor of Line 3, where I worked, a friend in Bay 1 had been sterile for seven years, a friend in Bay 10 had been sterile for ten years, another friend in the same bay developed a brain tumor, Suk-young in Bay 9 got leukemia, and a friend in Bay 11 developed thyroid cancer. I started to think maybe the deaths had something to do with exposure to a hazardous environment. And then I thought, maybe that explains my infertility, too. But at that point, I still thought I was in good health, and I thought you had to be really sick to make a report. 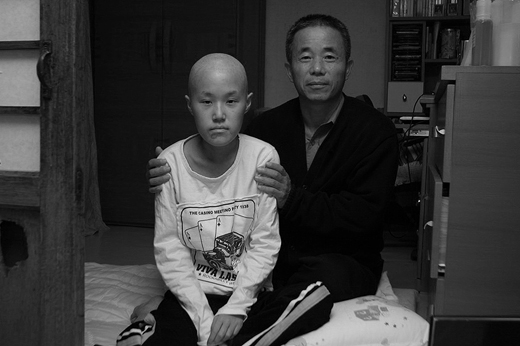 On Dec. 15, 2012, COMWEL granted industrial accident recognition in the case of a 36-year-old, surnamed Kim, who died of breast cancer after working at Samsung Semiconductors for four years and nine months. It was its first such ruling for breast cancer. Park filed her own application for recognition last July, reporting that she was “exposed to radiation and carcinogens such as benzene, and performed shift work, including the night shifts associated with the occurrence of cancer.

Today, Park Min-suk participates in the Association for the Health Rights of Female Workers in the Electronics Industry, sharing her work experiences as a way of addressing the general and reproductive health issues of herself and her co-workers. She also provides support to former Samsung Semiconductors workers who come to Banollim reporting complaints similar to her own.

Hani: What do you want from Samsung, and South Korea in general?

Park: What we want is for COMWEL [the Korea Workers’ Compensation and Welfare Service] to recognize these as industrial accidents. It’s not too late for the company to just own up to its mistakes and apologize. We, the victims, are the evidence. If they’d respected our right to know and been transparent, if they’d developed safe protective equipment and safe systems, then the damage would not have been as bad. We worked hard, and what we got for it was sick. I want it to be a company, and a world, where people come first, not the semiconductors we make.”

Extracted from the The Hankyoreh, for full interview, please visit here.