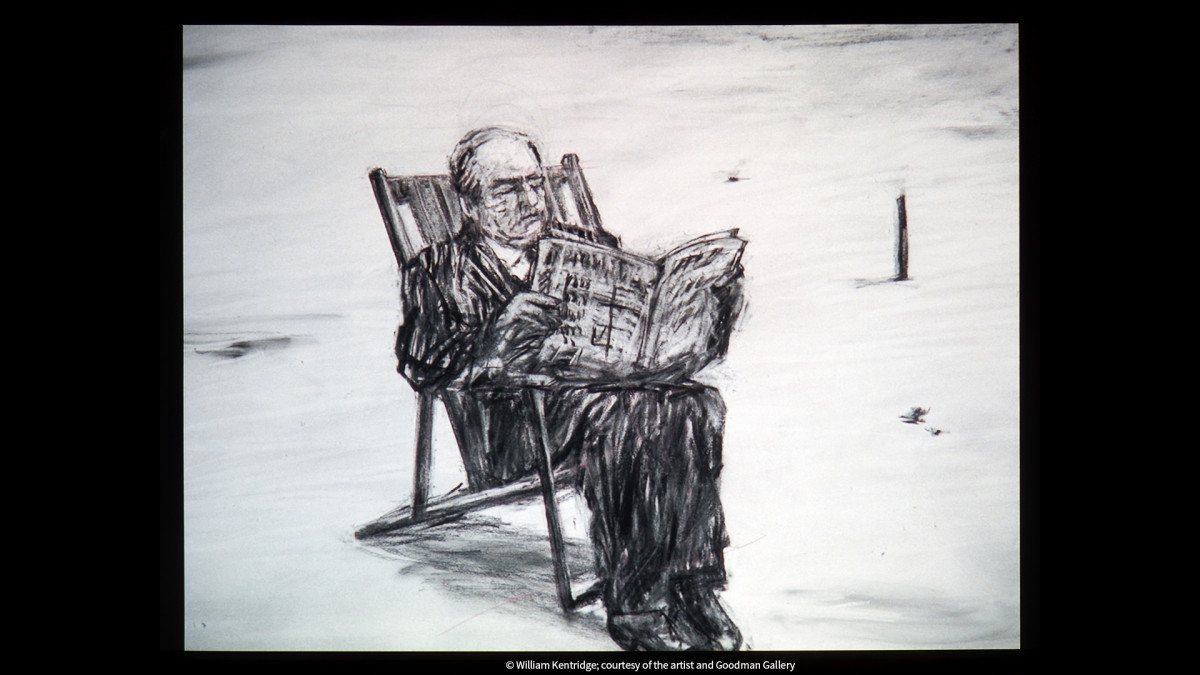 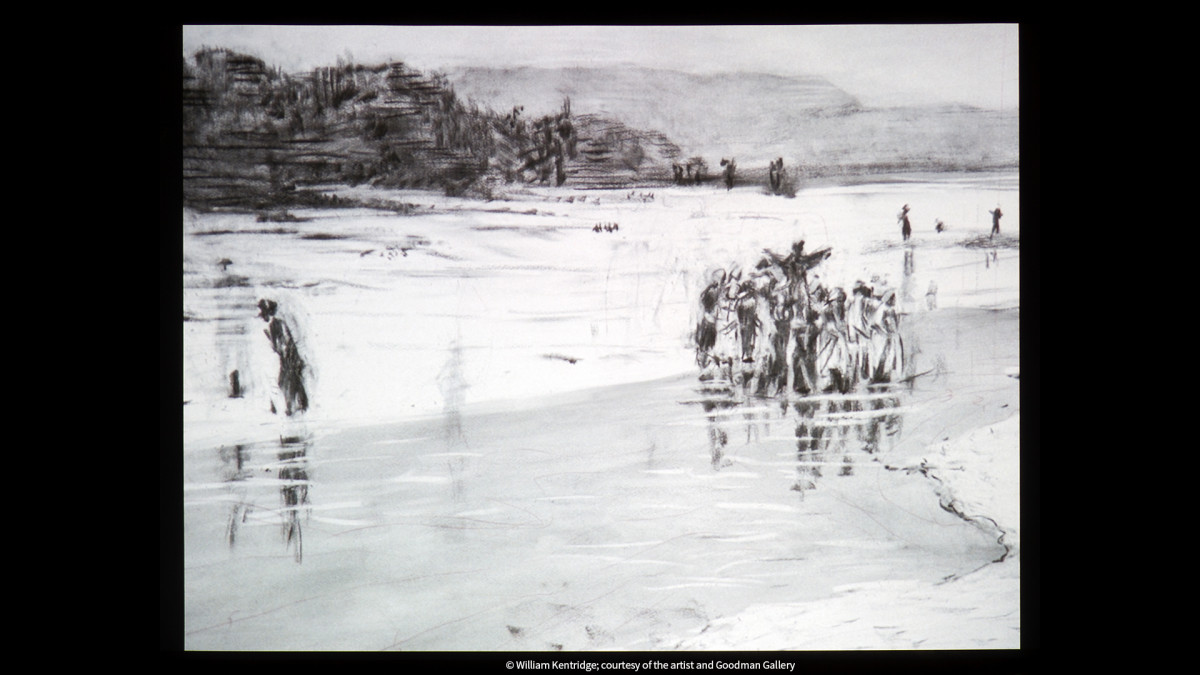 ‘The films of Soho Eckstein and Felix Teitlebaum were all made with the principle of NO SCRIPT, NO STORYBOARD. The making of each film was the discovery of what each film was. A first image, phrase or idea would justify itself in the unfolding of images, connections, and ideas spawned by the work as it progressed. The imperfect erasures of the successive stages of each drawing become a record of the progress of an idea, and a record of the passage of time. The smudges of erasure thicken time in the film, but are also a record of the days and months spent making the film, a record of thinking in slow motion.’—— William KENTRIDGE, excerpt from Rosenthal, Mark (ed), William Kentridge: Five Themes, San Francisco Museum of Modern Art, Norton Museum of Art, Yale University Press: New Haven and London, 2009.