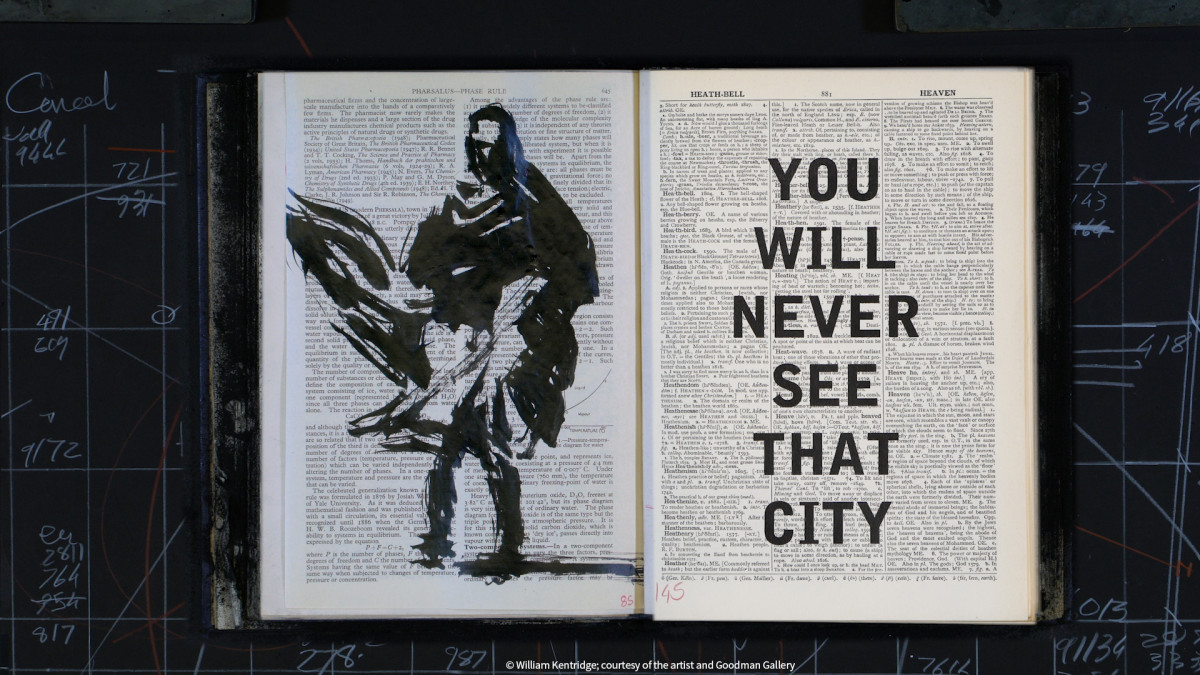 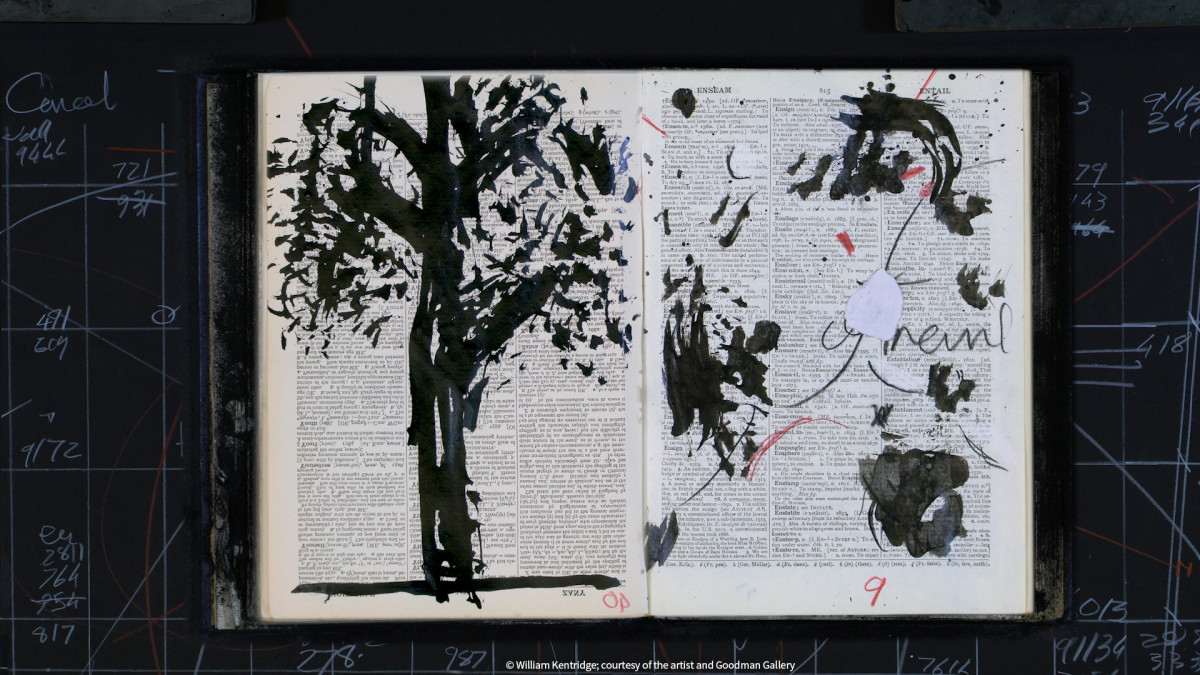 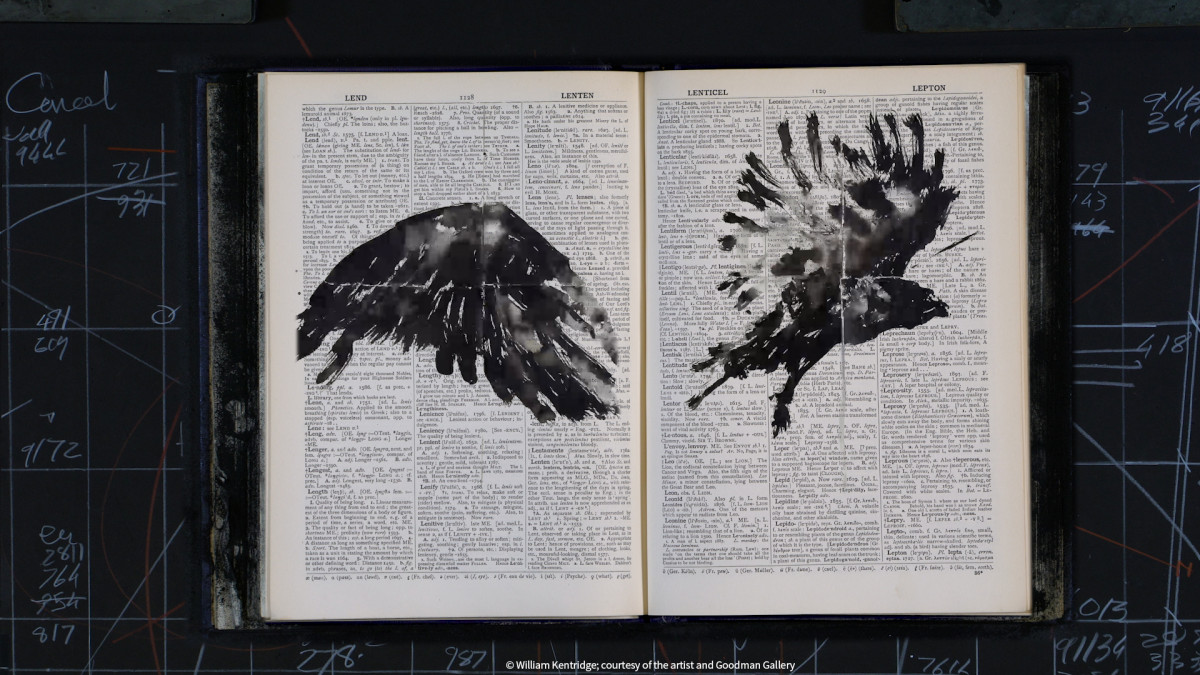 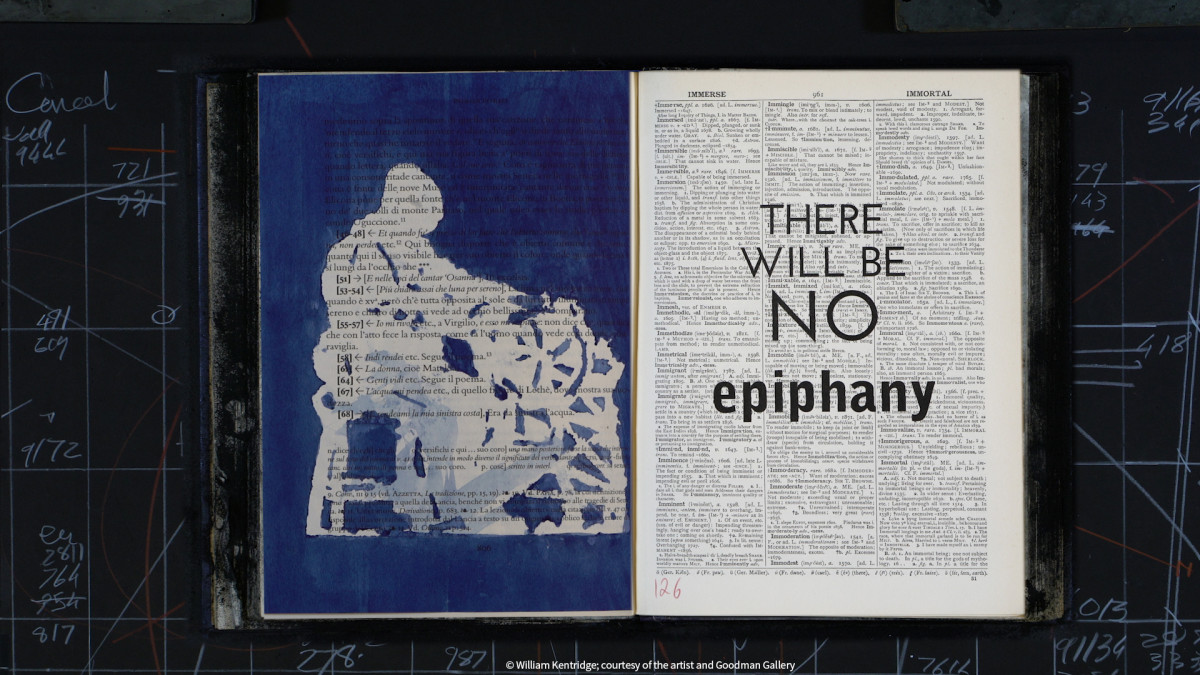 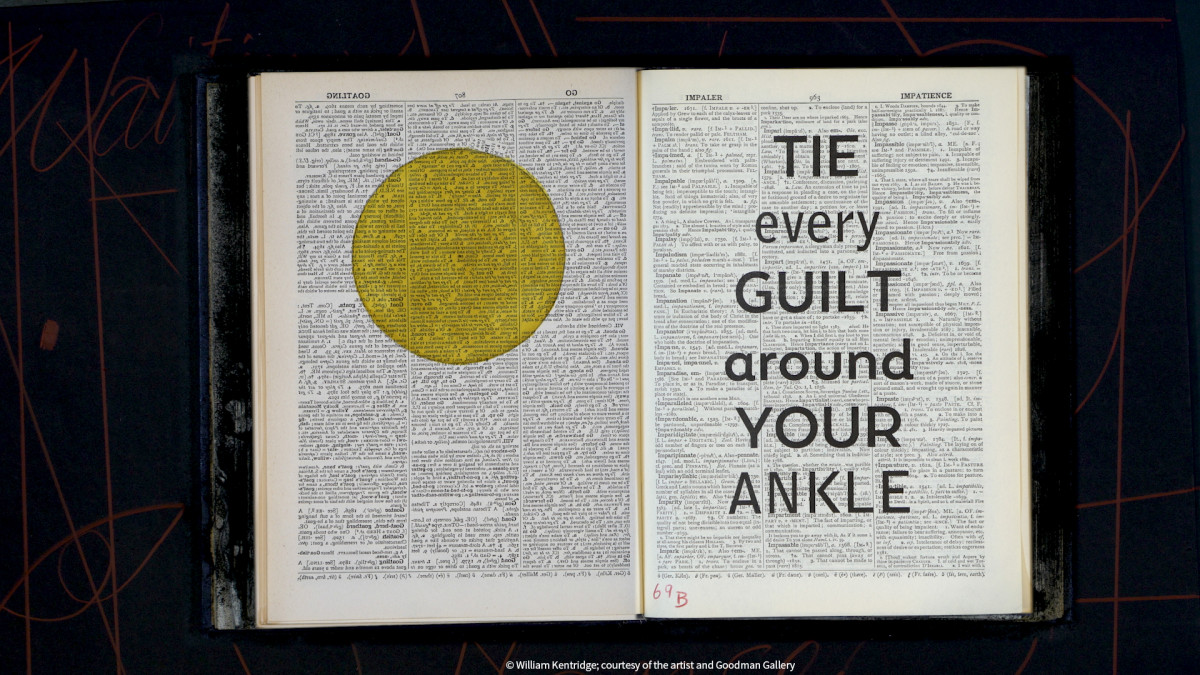 In KENTRIDGE’s cross-disciplinary, cross-media world of artistic creation, images are not merely background supporting characters for theatre or installations, but are seen as an important intermediary to understanding the world. Taking Plato’s ‘Allegory of the Cave’ as an example, he feels that the prisoners in the cave believed the shadows on the wall represented reality not because they were controlled by hallucinations, but because silhouettes projected onto walls by firelight were the beginning of mankind’s understanding of the meaning of the world.

In Shadow Procession, turning all manner of people into moving shadows is seemingly an homage to shadow play, but also showcases his understanding of light and shadow in reality. References to film are more pronounced and profound in Journey to the Moon, which combines animation and live-action, creates the cosmos in a studio, and converses with the magical illusions created by Georges MÉLIÈS. On the other hand, Second-hand Reading, Tango for Page Turning, Sonnets, Soft Dictionary and Sibyl are all part of KENTRIDGE’s iconic Flipbook films. He drew on old books, creating the most primitive of motion pictures through the flipping pages. He has also shown that, compared to philosophers who rely on language systems, artists are more willing to use images in the pauses and blank spaces between the words and lines to directly demonstrate their understanding of the world. As for Carnets d’Egypte, it comes from a project conceived especially for the Louvre. Through this work, his versatility in theatre offers a visual translation of ancient Egyptian culture in contemporary language.