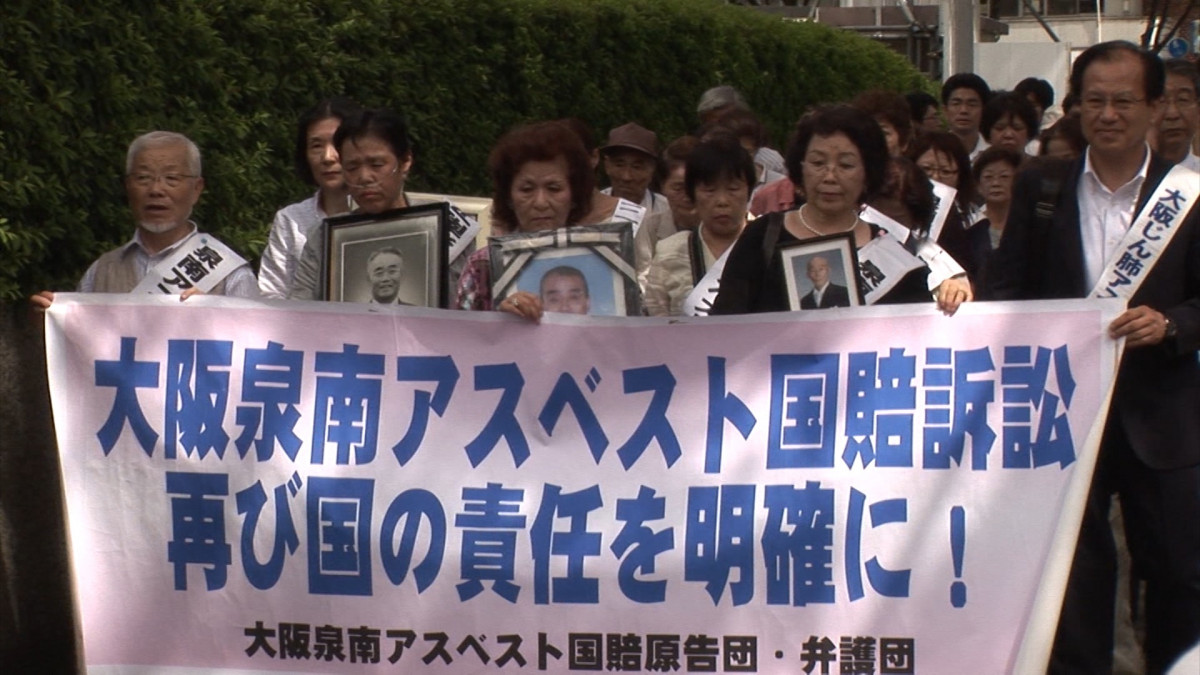 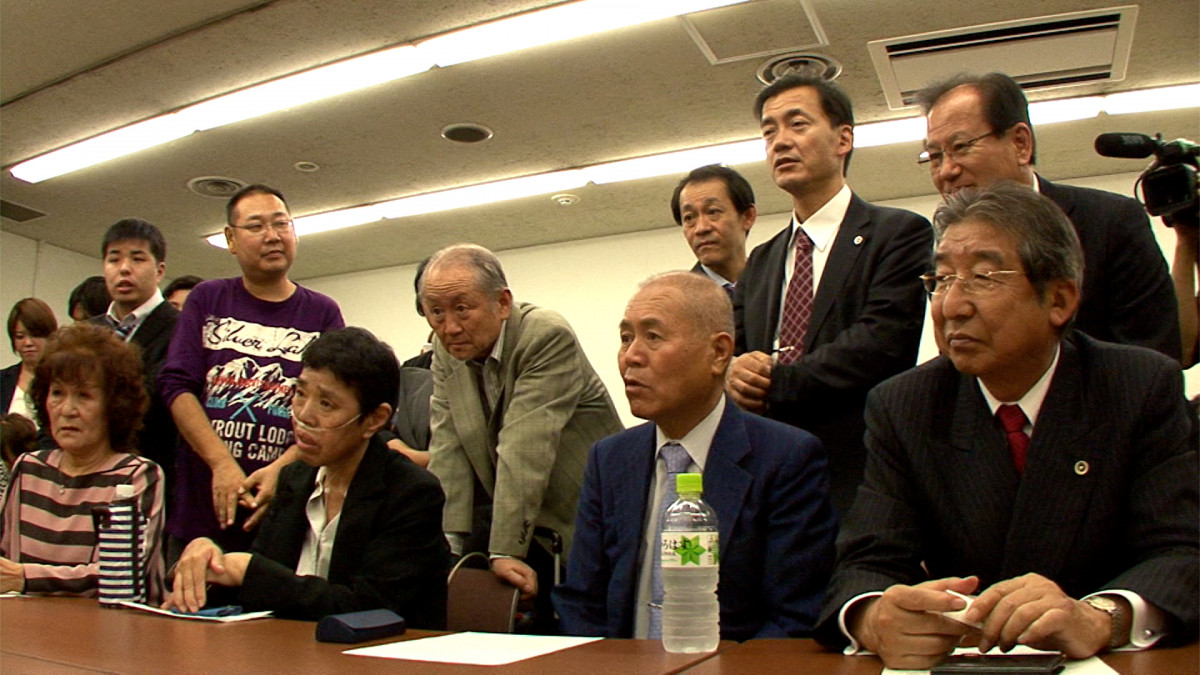 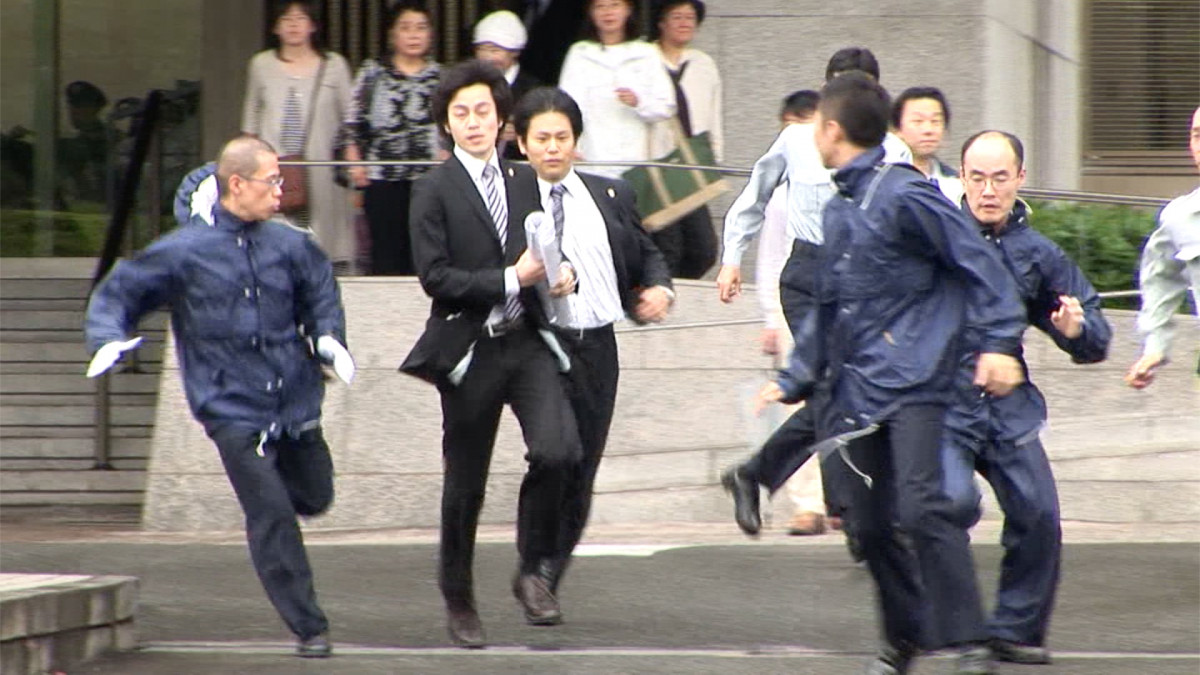 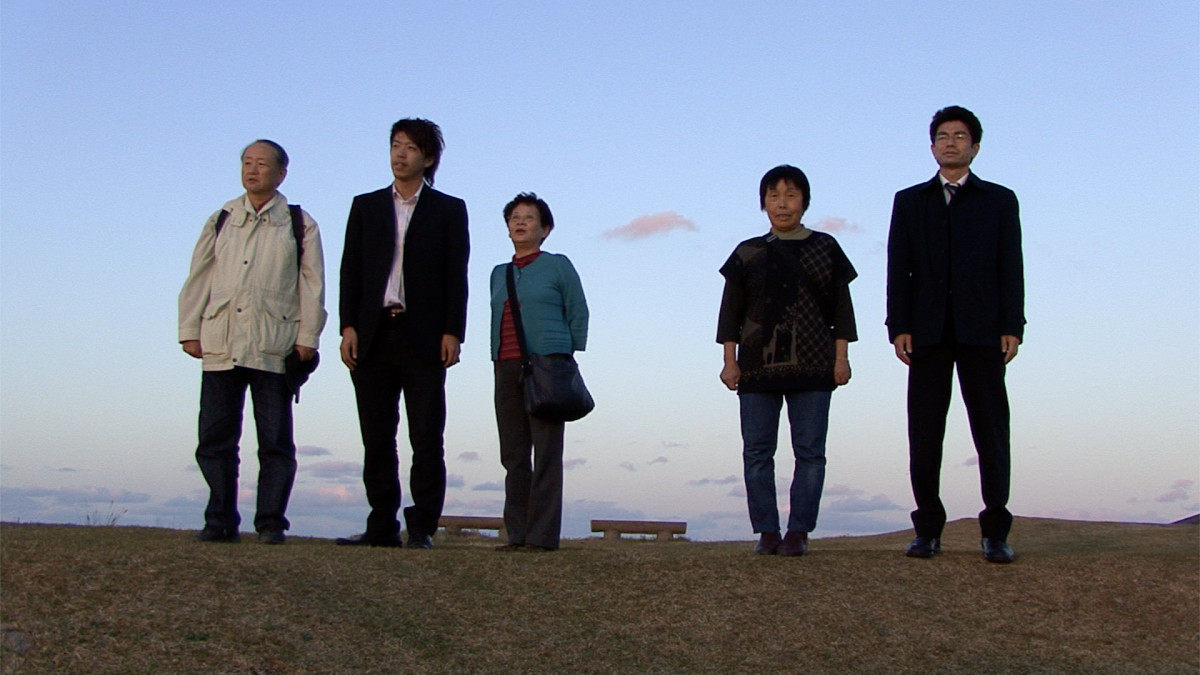 In 2006, former asbestos workers and their relatives in Osaka’s Sennan district file a lawsuit against the Japanese government, seeking compensation for the damage done to their health.

Over eight years, director Hara follows the plaintiffs and their legal team, as well as the investigations of asbestos damage group founder Kazuyoshi Yuoka.

Although the government had been aware of the health hazard, it prioritized economic development and neglected to implement regulations and countermeasures. Now it appeals each verdict in favor of the ailing plaintiffs, whose prolonged fight for justice takes a heavy physical toll.

In May of 2010, the Osaka District Court rules in favor of the plaintiffs. However, compensation for family members and local residents exposed to asbestos is not included. Is the legal process merely a formality to maintain state power?

In December of 2013, the second plaintiff group wins in the High Court, and their legal team urges the government not to appeal.

Then in January of 2014, as plaintiffs travel to Tokyo, Yuoka declares his intention to deliver a petition directly to Prime Minister Shinzo Abe.