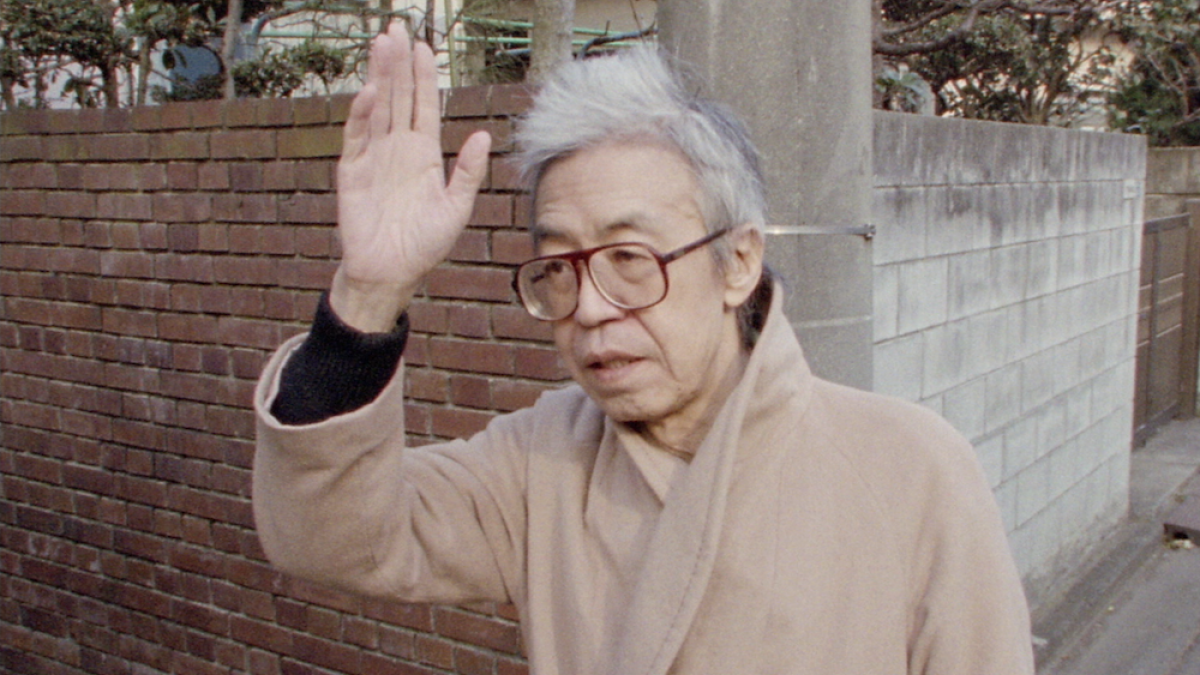 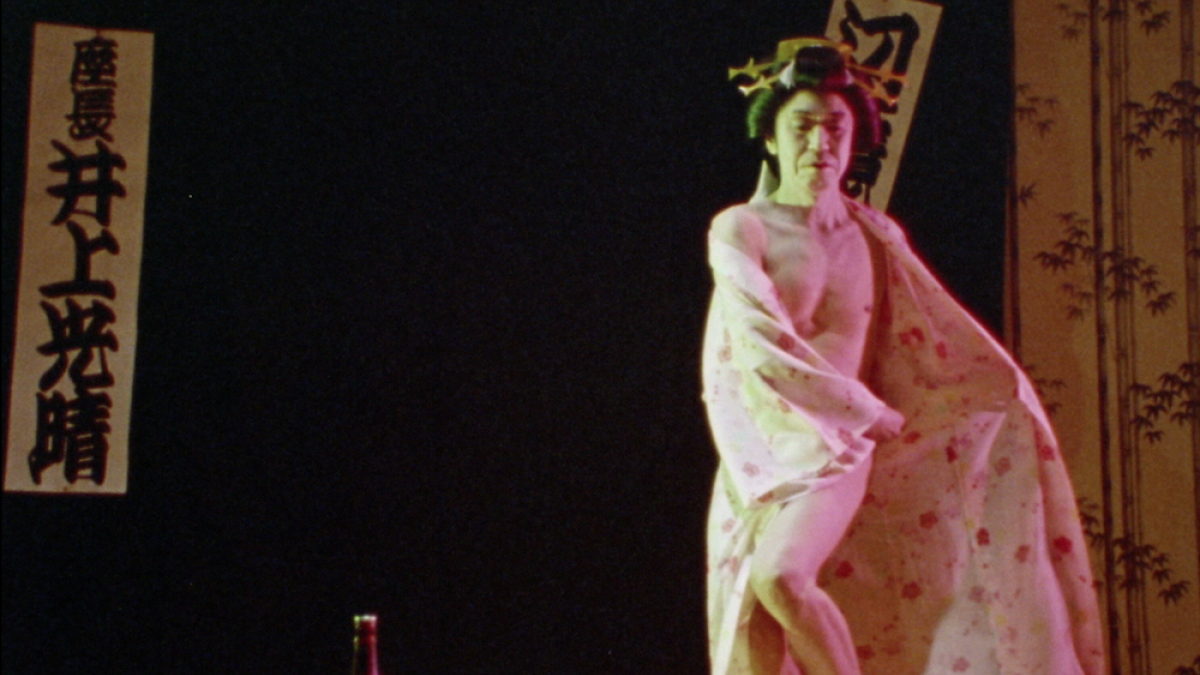 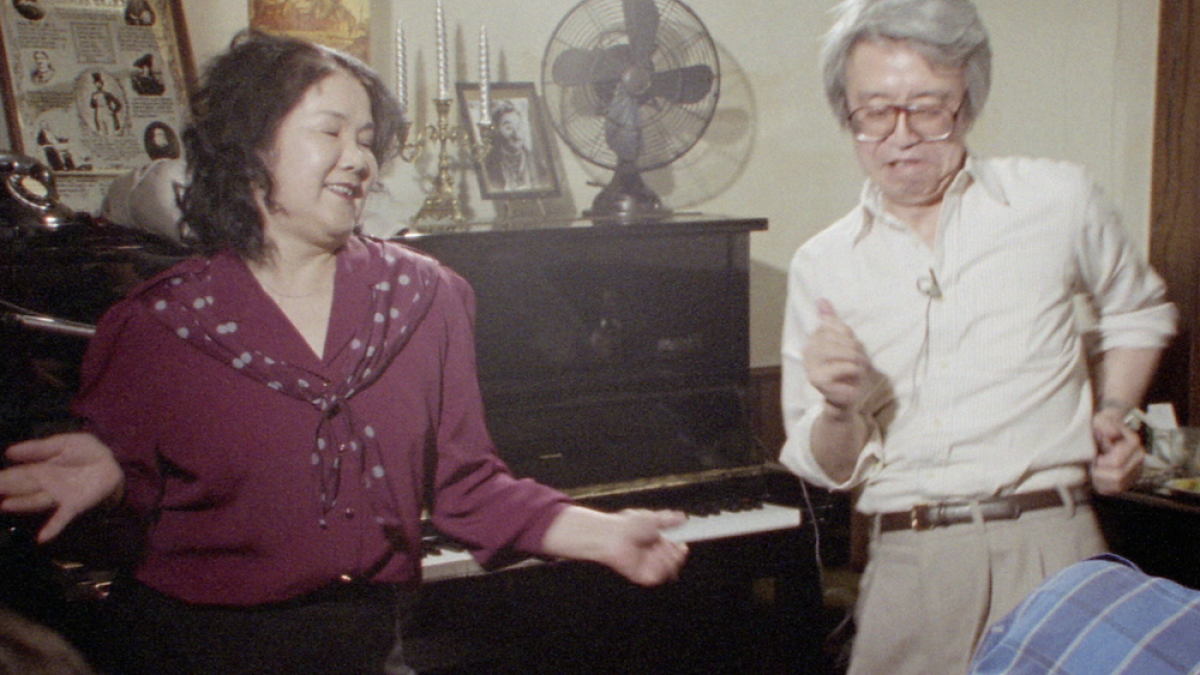 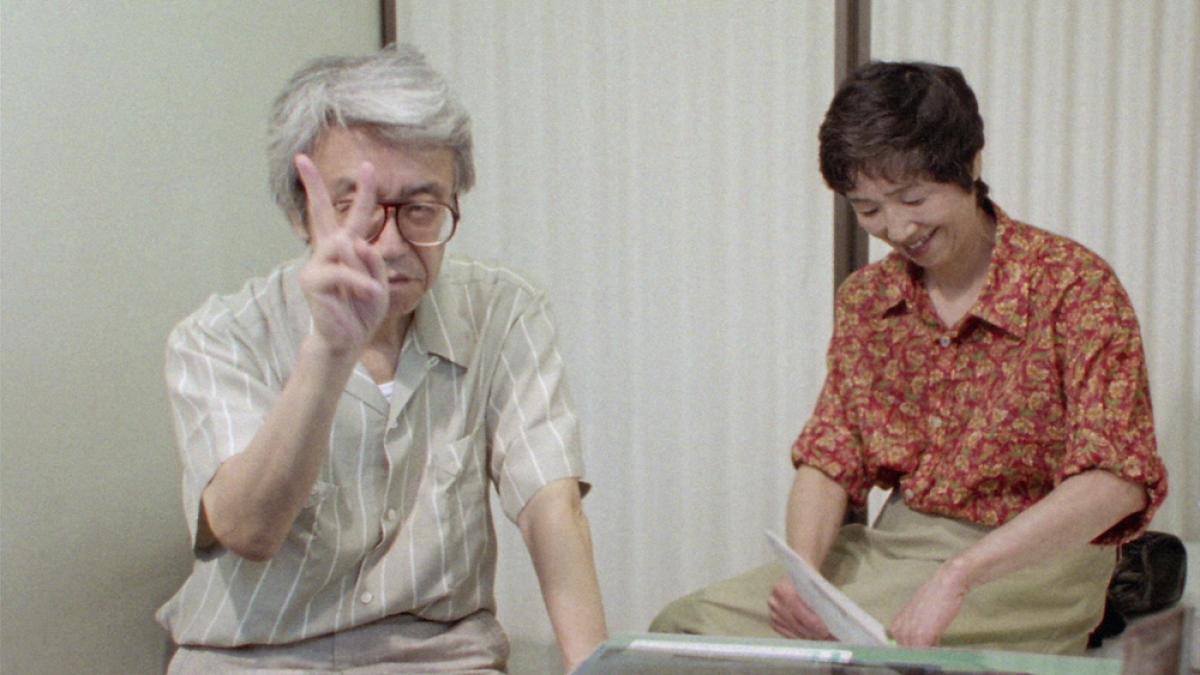 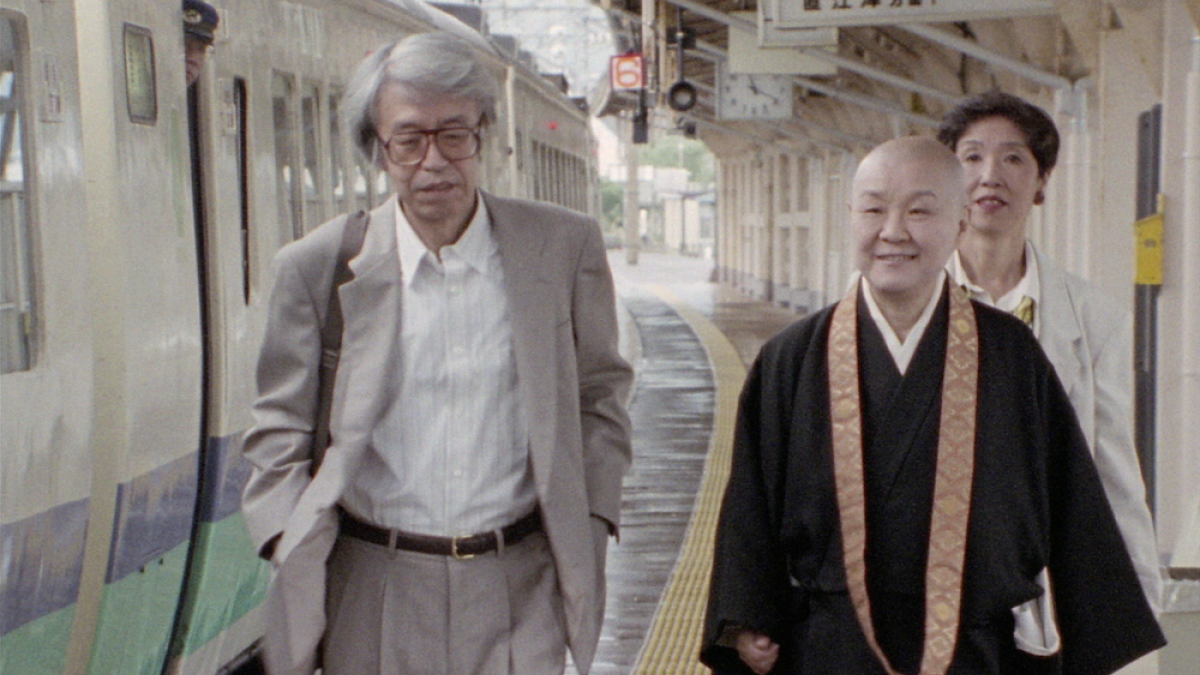 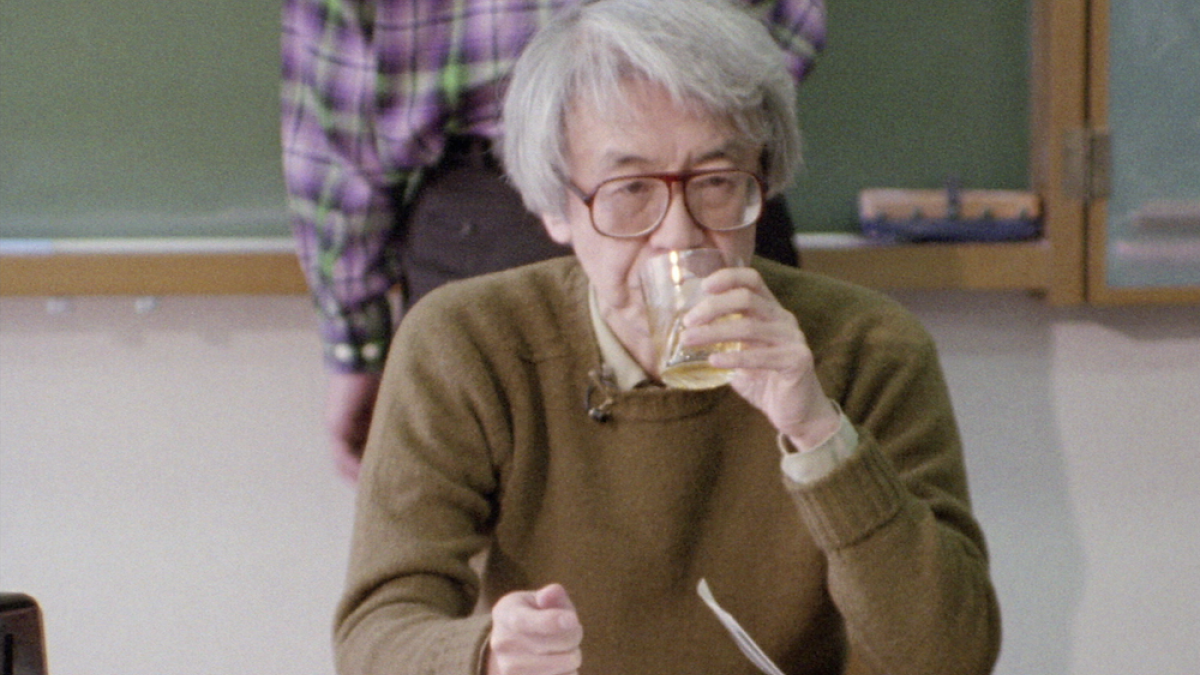 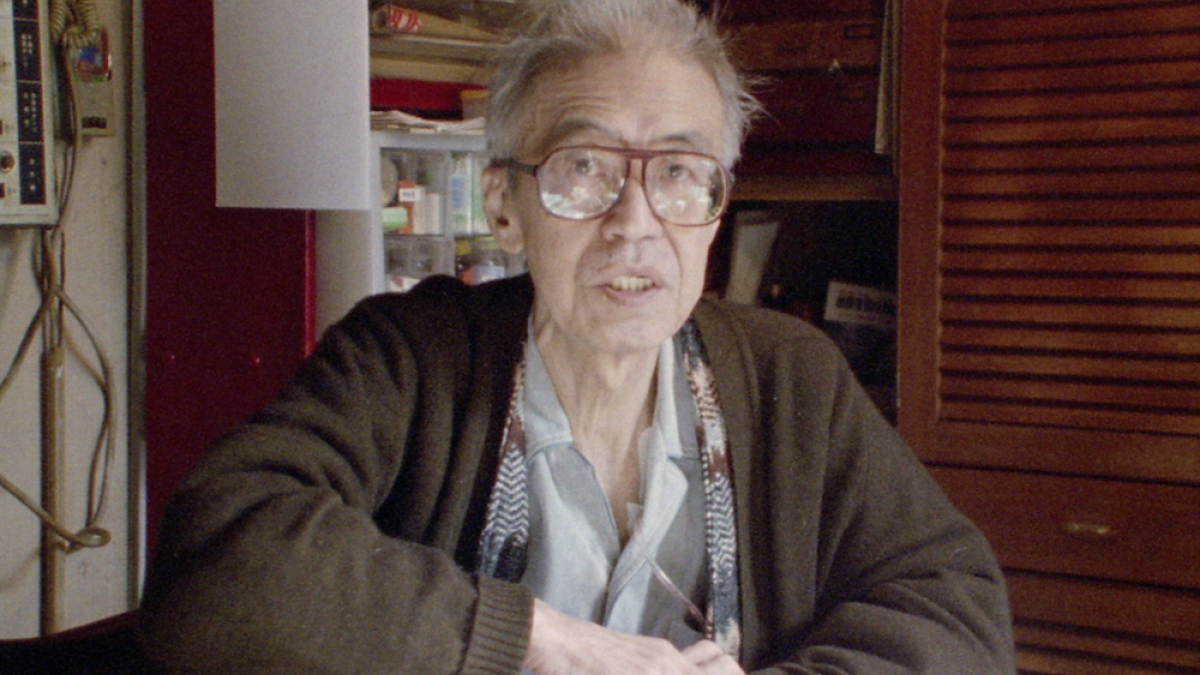 Mitsuharu Inoue incisively critiques a novel written by a student at his own literary seminar. He drinks with guests, including his students and his close friend Yutaka Haniya, in the drawing room of his home. On a stage, he assumes the guise of a traveling entertainer, and puts on a strip show accompanied by the song “Tsugaru Kaikyo Fuyu-geshiki” (Scenes from the Tsugaru Strait in Winter). At a bar popular in literary circles, he plays a piano and dances. Various sides are shown of this famous author. Female students who attend his classes blush at the suggestion of amorous adventures with their teacher...

On the recommendation of his regular physician, Inoue visits a doctor at The University of Tokyo Hospital’s surgery department. In a consultation room, the doctor shows Inoue x-rays and informs him that he has sigmoid colon cancer. Despite this, the novelist continues his busy schedule as he travels around Japan, holding literature classes and giving lectures to the public, helping to screen candidates for the Buraku Liberation Literary Award, and visiting Sakito, a former coal mining town in Sasebo where he spent his childhood.

Inoue undergoes further tests at the The University of Tokyo Hospital. His cancer has progressed. A doctor suggests an operation that would extract the cancerous areas and leave only a quarter of his liver. Inoue decides to undergo the procedure.

On the day of the surgery, Inoue’s cancer-laden liver is skillfully excised.

The doctor visits Inoue’s sickroom to check on his condition after the operation. Painful-looking sutures run down the length of his abdomen. He is visited by his former lover Jakucho Setouchi, and Haniya.

Bearing a map drawn in India ink by Inoue, Hara heads for the author’s hometown of Sakito.

Scenes from the past are recreated. On “ukesen” (payday), when miners received their wages, South Korean prostitutes dressed in colorful chima jeogori outfits parade along the seaside, banging gongs and drums as they dance. One of them is Inoue’s first love. His father died when he was young, and his childhood was marred by abject poverty.

Hara interviews Inoue’s relatives and acquaintances, and even browses his family register. The further the film delves into the truth, the more it becomes apparent that Inoue’s descriptions of his past are riddled with falsehoods. Nevertheless, these falsehoods themselves contain glimpses of the truth..