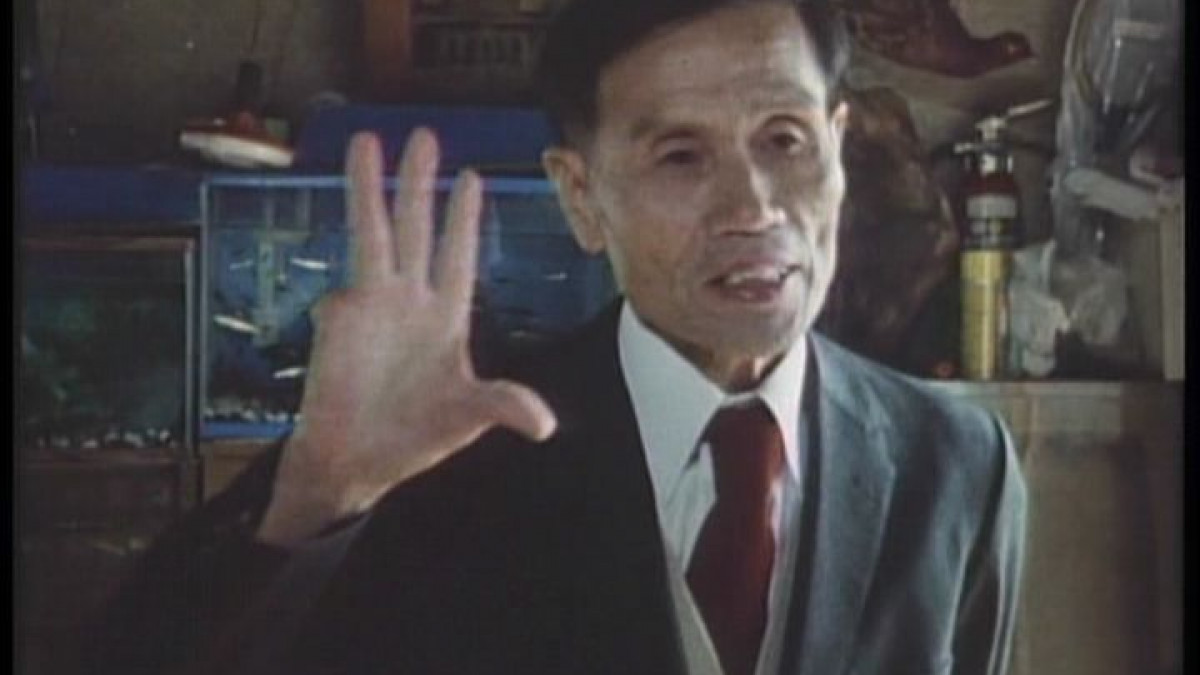 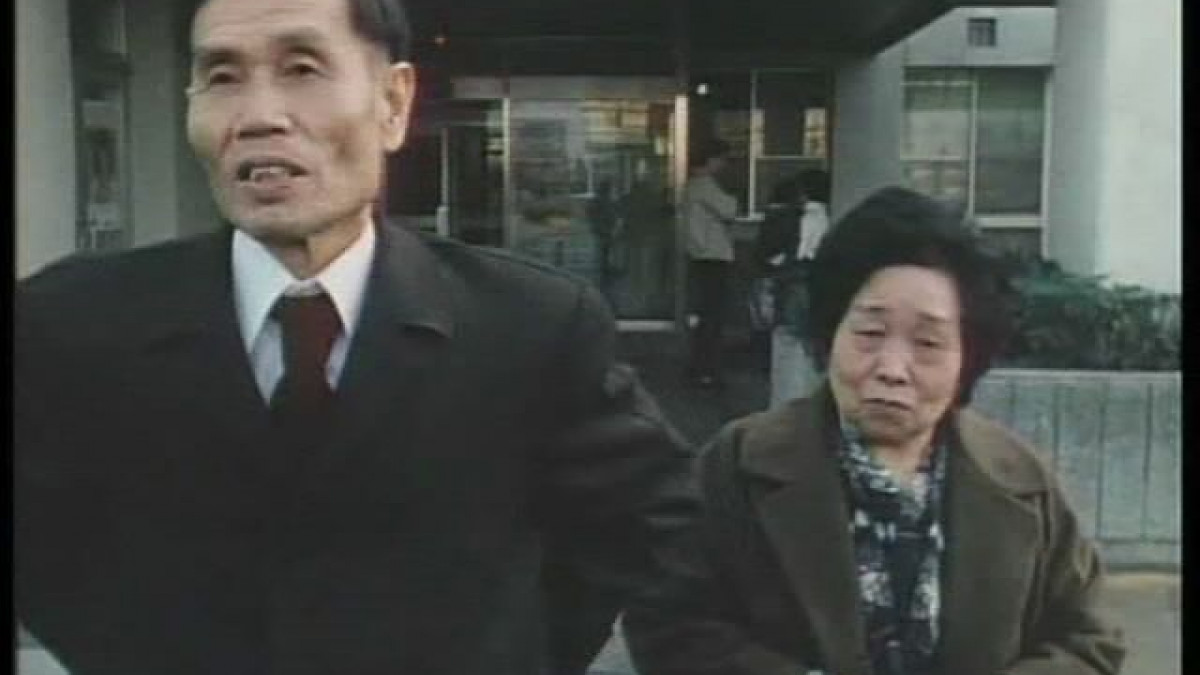 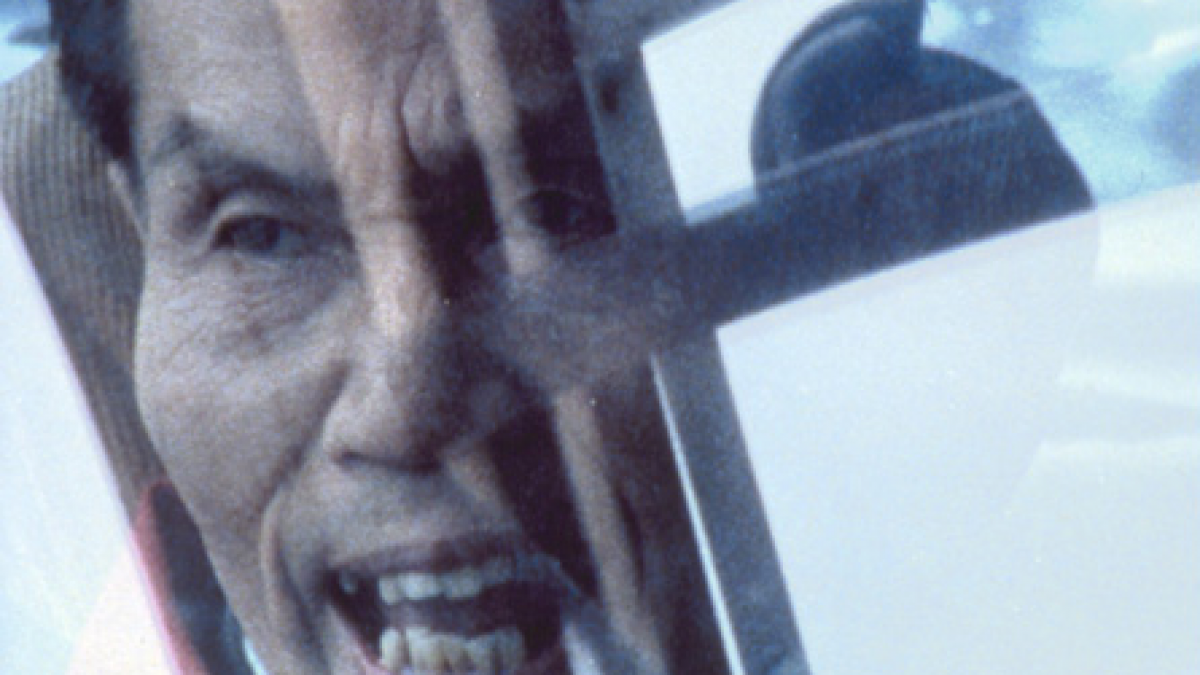 In Arata in Hyogo’s Kobe City, a man wearing a faded jacket opens the shutter of a store, which is covered in signage featuring numerous provocative messages written in large letters. He is Kenzo Okuzaki, the proprietor of a battery and used car repair business, who also happens to be notorious for having shot pachinko balls at the Emperor.

In Yabu, also in Hyogo Prefecture, Okuzaki serves as a go-between at an Otagaki family wedding, and reads a congratulatory speech in front of rows of kith, kin, and elders. “This match was made possible because the groom and I both fought against the establishment. This is a rare wedding.”

On the Emperor’s birthday, security police block the passage of Okuzaki’s intimidating slogan-laden car, which conveys messages such as “Impartial soldier of the divine army,” “Kill Prime Minister Kakuei Tanaka,” “Yamazaki, shoot the Emperor!”, and “Risking your life for others is the path to salvation.” He locks himself inside and delivers an aggressive oration.

Okuzaki decides to build a jail cell on the roof of his house, and heads to Kobe Detention Center to take measurements. He berates unresponsive employees who block him from entering. “You guys are robots! You aren’t even human!”

Dressed in a black formal mourning suit, Okuzaki departs for a memorial service dedicated to his wartime comrades of the 36th Engineering Regiment who died in New Guinea. His car speeds through the streets with a fluttering flag bearing the words “divine army.”

In Etajima in Hiroshima, Okuzaki meets with Iseko Shimamoto, the mother of deceased Private Masayuki Shimamoto, who joined the regiment in the same year as Okuzaki. He promises to take her to New Guinea.

Okuzaki’s memorial pilgrimage moves on to Hamasaka in Hyogo, where he pays his respects to Private First Class Yamazaki who died of starvation in the jungle, and to Nandan to console the spirit of Sergeant Tanaka, who died in a fit of madness after being shot by a poisoned arrow.

23 days after the end of World War II, Captain Koshimizu of the 36 Engineering Corps in Wewak in New Guinea allegedly shot and killed two of his subordinates. To investigate the circumstances behind the execution, Okuzaki visits his former superior officers unannounced. His pursuit eventually uncovers shocking evidence of the madness of war, and the process in which one of humanity’s greatest taboos became a part of daily existence.