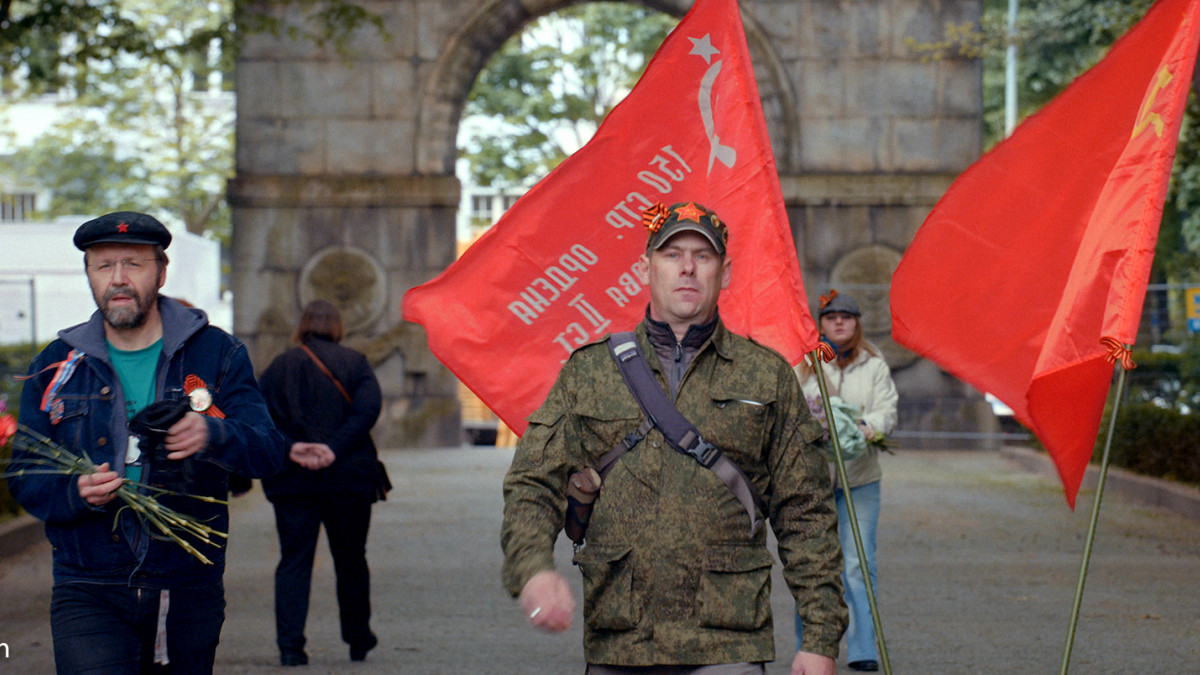 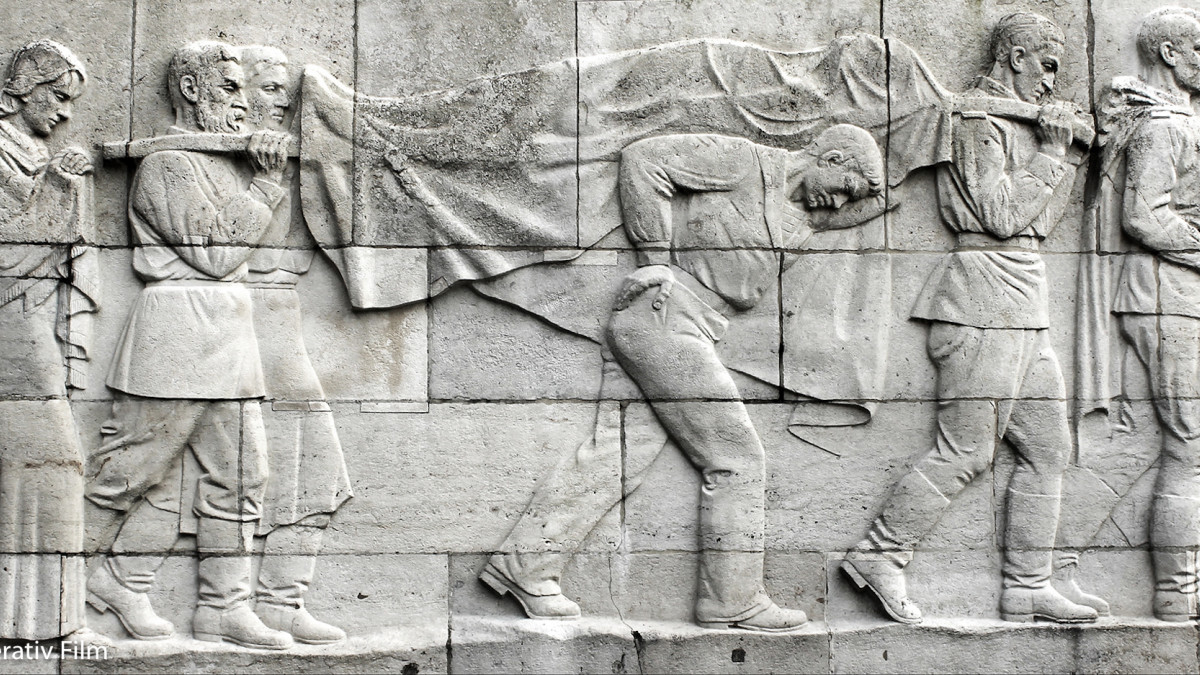 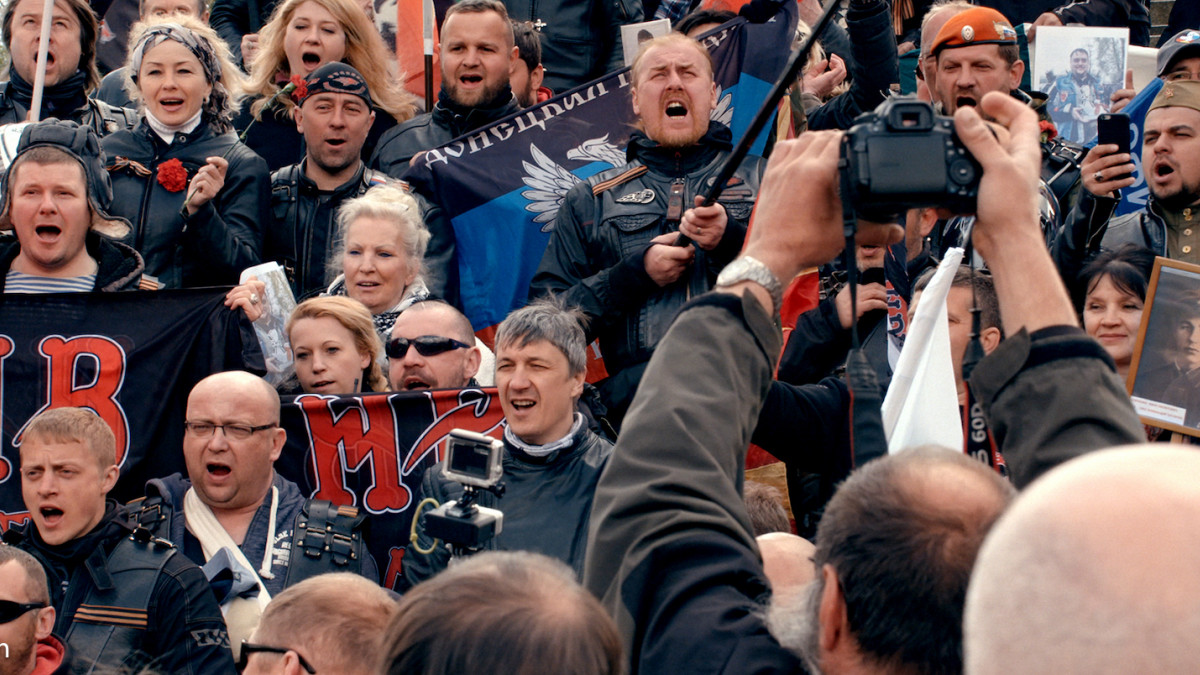 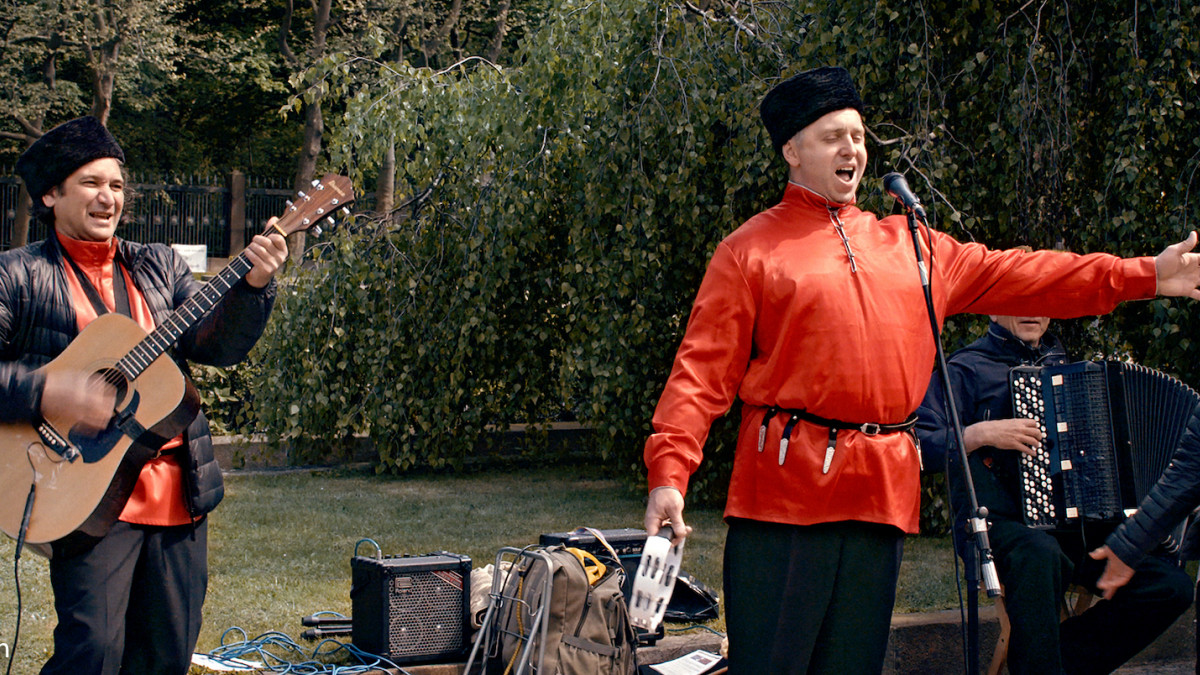 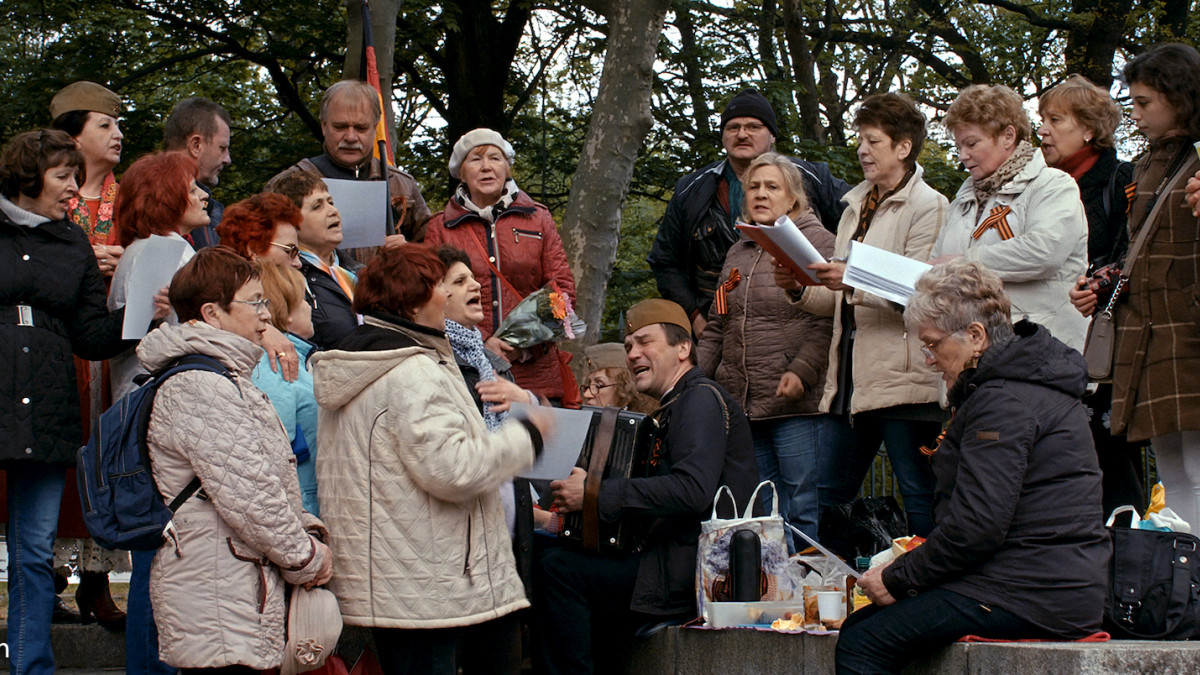 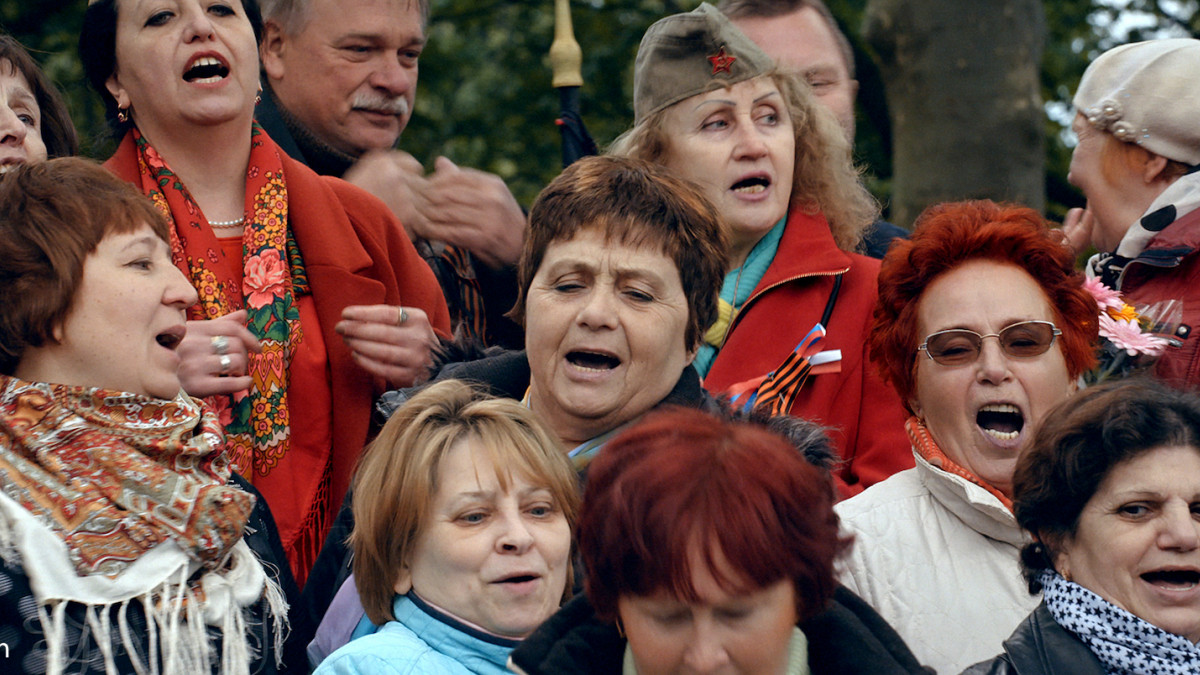 On 9 May every year, people gather in Treptower Park in Berlin. They come dressed in their best outfits or in Soviet military uniforms, carrying flags, banners, and posters. They lay flowers at the monument to the Soviet soldier, singing, dancing, and drinking to celebrate the victory of the Soviet Union over Nazi Germany. The film is a direct reportage from Treptower Park, 72 years after the victory.