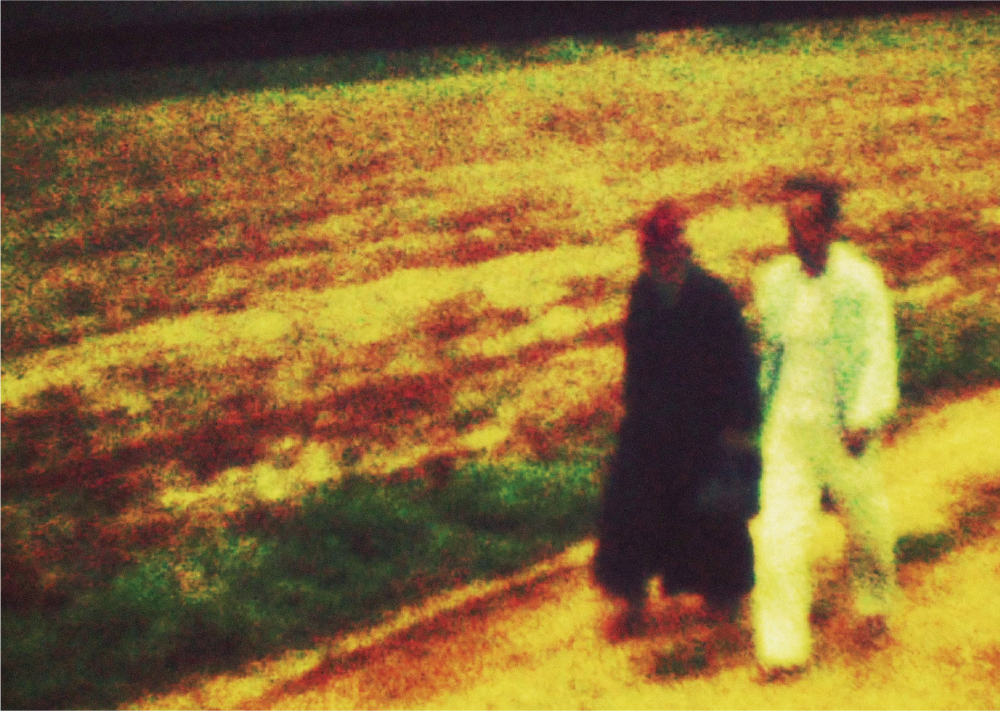 With childhood friend OTA Kazuhito (Tarugani) as his sound man, TAKAMINE Go captures on 8mm film the everyday landscape of Okinawa right after the reversion to Japan, and the scent of death from his parents’ haunting memories of the Battle of Okinawa. Inspired by Jonas MEKAS’s Reminiscences of a Journey to Lithuania (1972), the non-narrative form and intermittent slow motion make Okinawan Dream Show a visual poetry beyond a déjà vu.

Blurring the line between reality and fantasy, TAKAMINE’s signature style of storytelling has already taken shape in this feature film debut. Set in Okinawa on the eve of reversion and filmed almost entirely in the endangered Okinawan language, the story revolves around a man who has quit his job at a U.S. military base and an ethnographer (acted by renowned Japanese musician HOSONO Haruomi) who attempts to marry a village woman in the traditional Ryukyu customs.

A complex Okinawan road movie that mixes facts with fiction to tell the story of two men who cannot forget the wartime memories of their childhood. New HD digital and 8mm film footage is interspersed with older 8mm material shot by the director in the 1970s, creating a rich cinematic world for the story that flourishes into a radiant elegy of expressive gestures.

Dear Photograph (Sashingwa) is an artistic elaboration on TAKAMINE Go’s first solo exhibition, featuring a series of hand-tinted photographs, some of which directly came from his family album. The director’s 8mm camera lingers over the family portraits, as if in imitation of a common experience: touching photos of personal significance by hand. These visual materials and subject matters will be constantly revisited in TAKAMINE’s later films.

A contemporary adaptation of a popular play in the Uchinaa Shibai (Okinawan theatre), this film features a blue-collar factory worker who transforms into Untamagiru, a local Robin Hood figure, on the eve of Okinawa's reversion to Japan. Considered TAKAMINE Go's representative work, Untamagiru presents a balanced critique through a light-hearted folktale that situates the Okinawan conundrum in between class struggles and colonial exploitation.

TAKAMINE Go was born in 1948 in Kabira Village on Ishigaki Island, Okinawa, and grew up in Naha until he finished high school. In 1969, when Okinawa was still officially under U.S. military control, he went to study art on a national scholarship for exchange students at the Kyoto University of Education, where he began to make 8mm movies. Three years later in 1972, the U.S. government handed over Okinawa to Japanese administration.

The question of Okinawa's fate is always encapsulated in TAKAMINE Go's films. In the opening scene of Hengyoro (2016), for example, he uses the lyrics of a renowned folk song 'The Passage of Time' (1998) to convey Okinawa’s complex history with China, Japan, the United States, and then Japan once again: 'This Okinawa belongs to nobody. This Okinawa, will it find its place one day? ...The official currency has changed. We can no longer walk to Naha. The distinct outfits for the elders and the children are lost. Everyone wears the same clothes, as if they are of the same age. Even the women’s hairstyles have changed ... '

The reversion of Okinawa to Japan in 1972 remains the eternal theme of TAKAMINE's films. His style of filmmaking is inspired by the avant-garde icon Jonas MEKAS, who liberated TAKAMINE from conventional ideas of how and what a film should be. In Okinawan Dream Show (1974), one of TAKAMINE's earliest films, he travelled around Okinawa on a motorcycle with his 8mm camera to capture the everyday landscape of his homeland, before and after the Reversion. Since then, TAKAMINE has created a series of wildly imaginative films with a unique aesthetics and a mélange of local elements, such as the Okinawan language, music, and folklore. The stories of his films are nostalgic and interconnected, always set in a time when Okinawa was teetering on the brink of a decision: to claim independence, or to reunite with Japan.

For decades, TAKAMINE works with the same group of Okinawan actors, who have grown up and aged in his films. The actors might have played different roles, but they seem to exist perpetually in the crucial years of Okinawa's fate. Their act of ‘living’ thus becomes a testimony to the historical traumas and cultural influences that impact on the Okinawan people’s collective state of mind.

This retrospective selects six important films from TAKAMINE Go's oeuvre. Viewed in their entirety, his films almost seem to form a continuous series, relentlessly pursuing a lost homeland and an Okinawan identity that might only be found in his fantastical cinematic world.

*Special thanks to HAMA Haruka and HSU Fang-tze for their kind assistance.

*With generous support from Japan-Taiwan Exchange Association and Japan Foundation 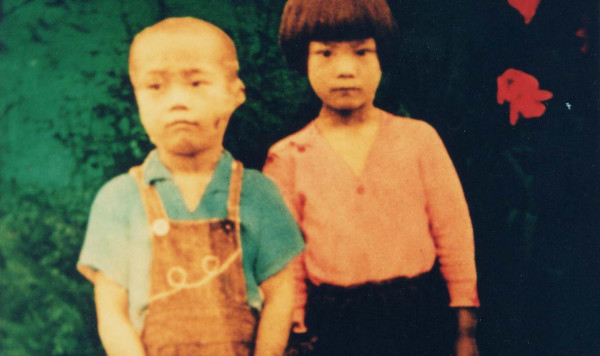 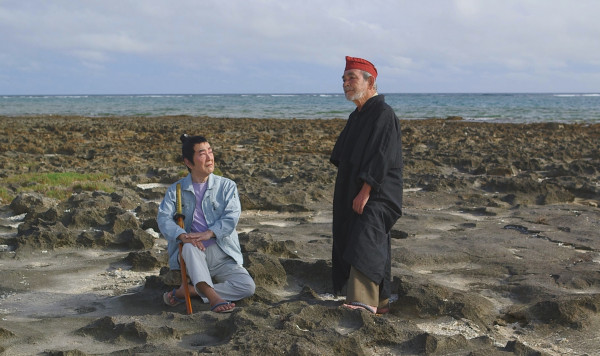 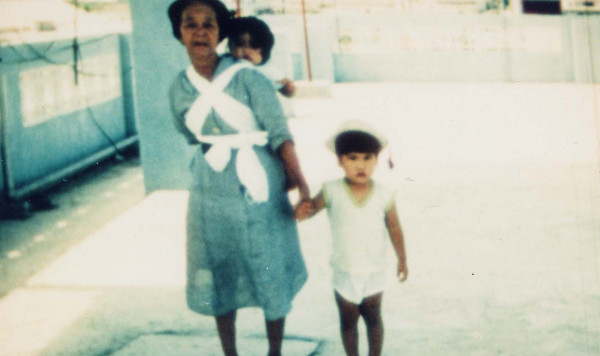 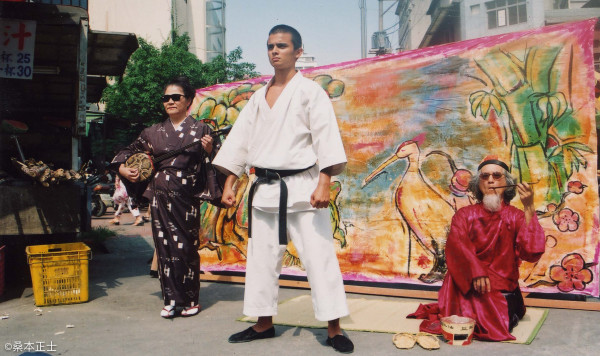 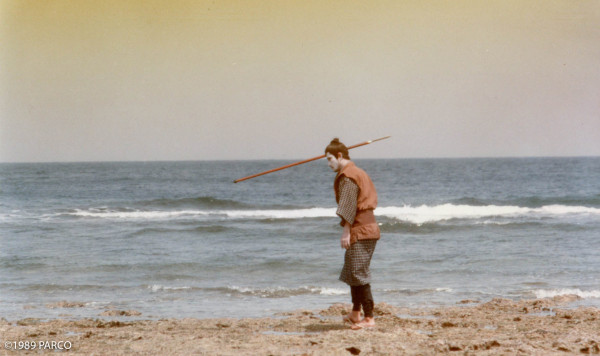