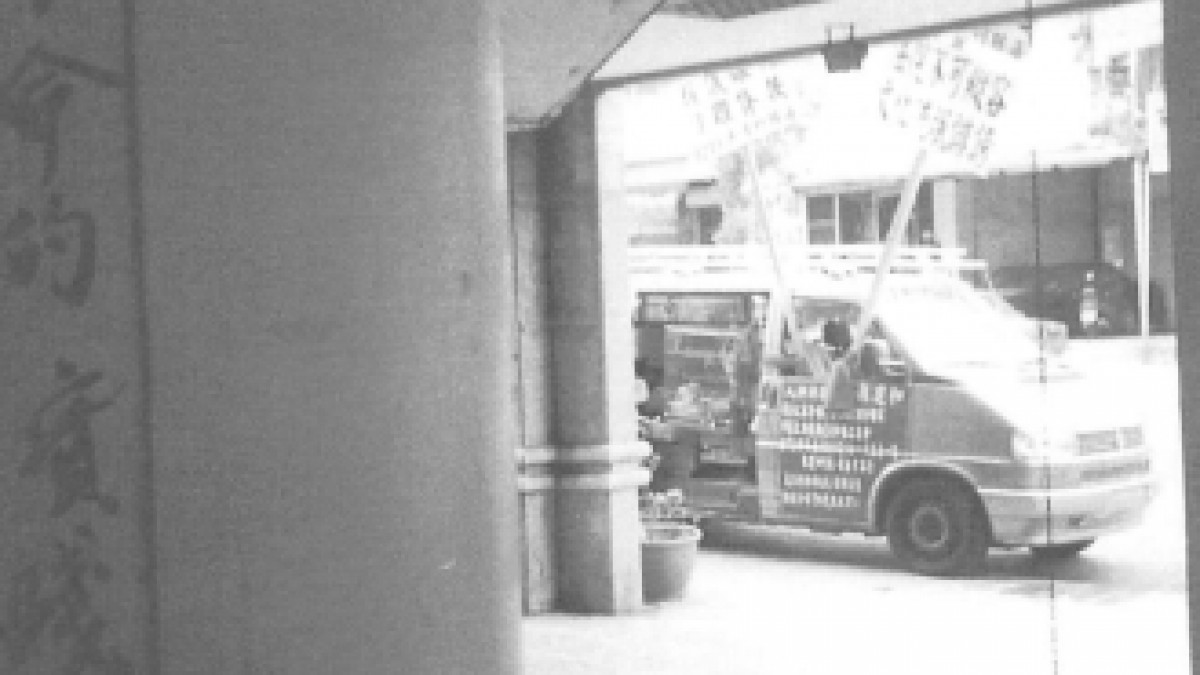 A-bian wanders around on the streets with Mr. Ko. He is a stray dog, not the president of ROC. Everyday, Mr. Ko takes A-bian to the streets to protest. He is Don Quixote, not Jackie Chan or Sylvester Stallone. On September 21, a typhoon came and there was a fire. The world on TV and the world we live in. Which one is more real? Mr. Ko, A-bian, reporters, cops and the film students who are making a documentary… The world behind the lens and in front of the lens. Which one is real, and which one is not?