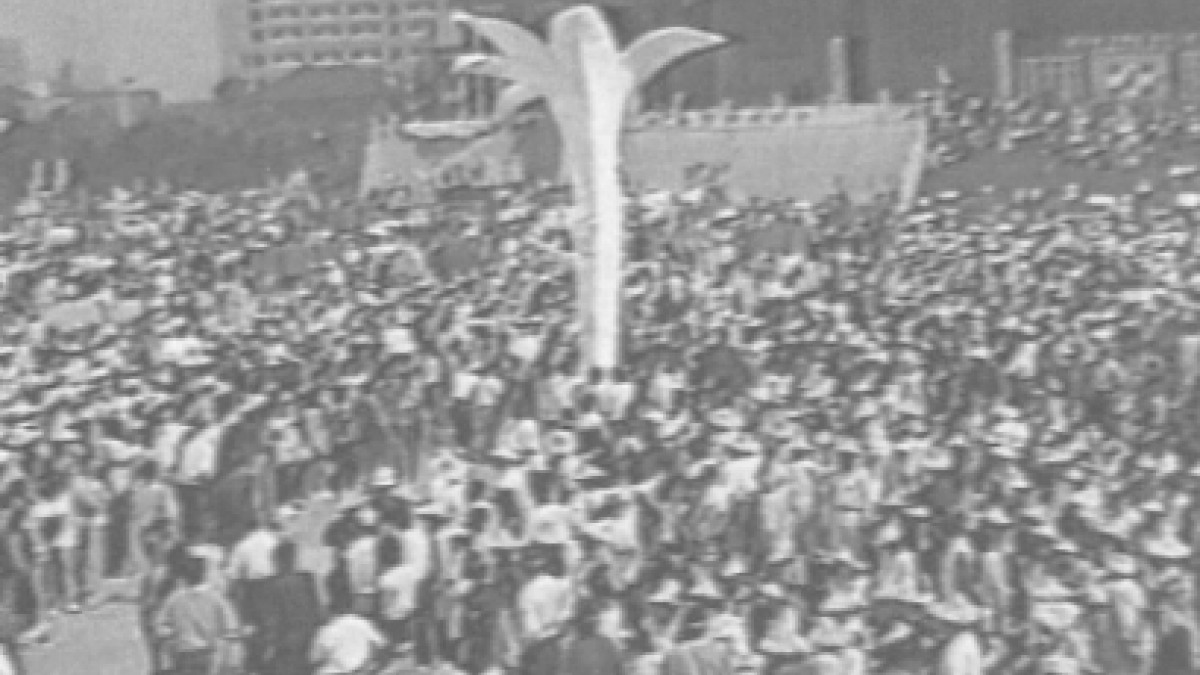 In 1990 the old National Assembly passed an ad hoc law that extended the term of the representatives who had been elected in 1986 to nine years. This fired up the wrath of the people. The students led in the rebuke, resulting in a student movement lasting three months. They organized a sit-in calling for four principles - freedom, separation, peace and order - this led to a confrontation with the government and riot troops were placed on standby. The purpose of this film was to record the movement, not participate in it, in the hope that others would join the case.